“As soon as we started organizing activities, we started hearing from people who wanted to help.”

A large plaza with a beautiful Art Deco fountain, an amphitheater, and pergolas, the Foro Lindbergh section of Parque México in Mexico City, has always had great potential to be a thriving hub of activity in the center of a lush, historic park. With support from the Southwest Airlines Heart of the Community program, Project for Public Spaces worked with local government agencies. Lugares Públicos, a Mexico City-based nonprofit, created new programs and physical improvements to invite the entire community to use the space.

Together, we used a range of creative engagement activities to gather information from community members and encourage ideas about improving and activating this section of the park. The team tested a broad range of programming ideas to establish a new atmosphere in the park and build trusting relationships with neighbors and programming partners. This work revealed the need for an anchor space within the Foro. Project for Public Spaces explored this idea through an iterative process. First, the team used a small mobile library to test multiple locations in the Foro. After identifying the best site, a larger investment was made to create LEA. This temporary installation included a kiosk full of books and games surrounded by colorful tables, chairs, and benches and managed by a part-time staff person.

When a major earthquake struck Mexico City on September 19, 2017, Foro Lindbergh became a vital hub for residents seeking aid in the Condesa neighborhood. Within a matter of hours, networks established for organizing programming in the Foro were repurposed to coordinate disaster relief efforts – an inspiring example of how placemaking can build ties that make communities more resilient. 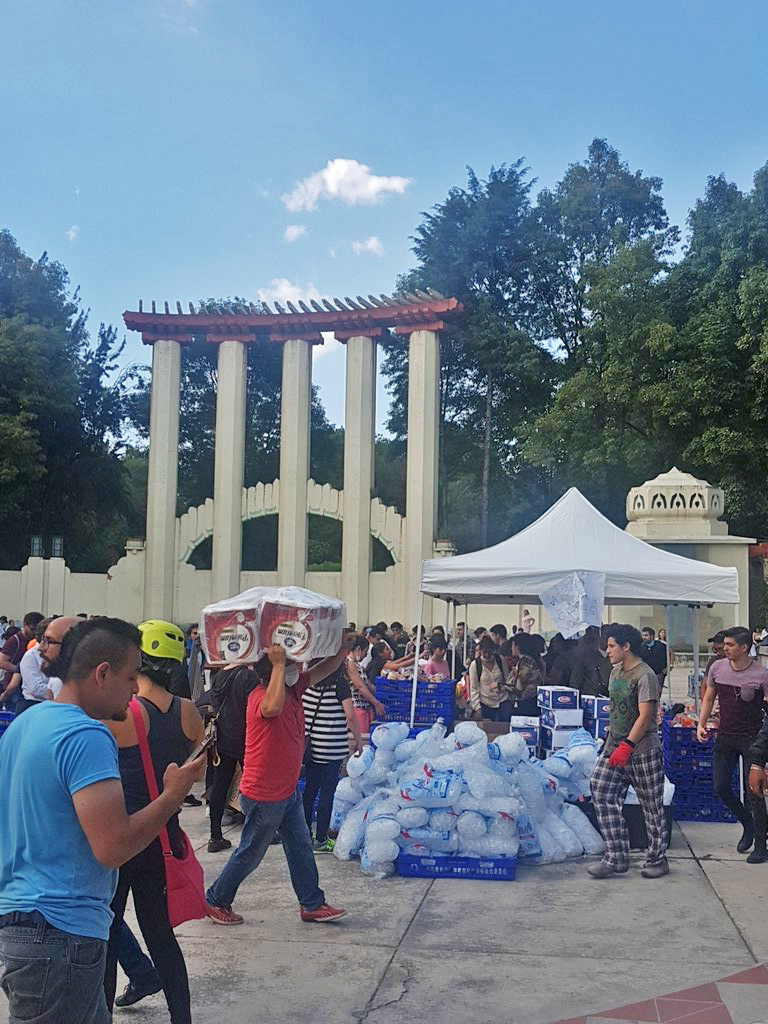 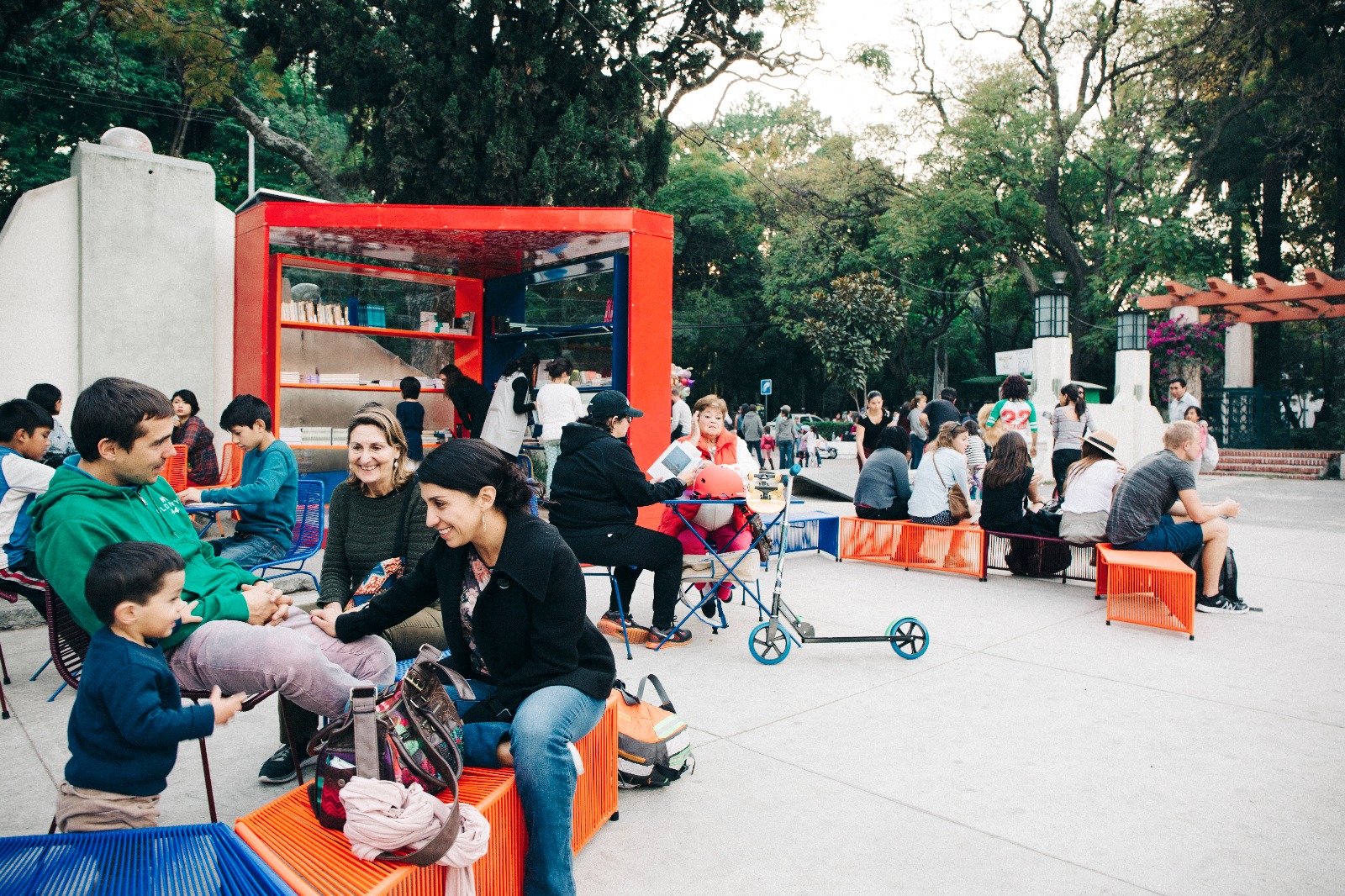 February 17, 2017
This Must be the Place: Learning by Doing in Mexico City 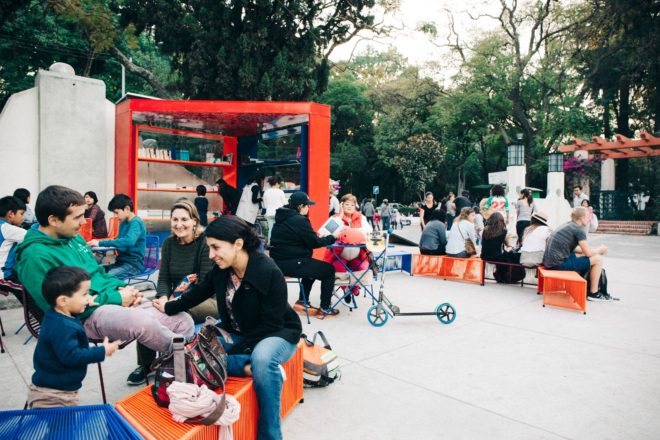