The iconic transformation of Broadway at Times Square has inspired people to look differently at how street space is used.

At the height of Project for Public Spaces’ Streets Renaissance Campaign, the Times Square Alliance hired Project for Public Spaces to help reimagine "the crossroads of the world." The team began by gaining a better understanding of the district through systematic observation techniques like time-lapse video analysis, activity mapping, and surveys. The team found that the traffic median, sidewalks, and adjacent buildings came nowhere near meeting pedestrian demands on the space. In response to these findings, the team delivered recommendations to reconfigure the road, add new architectural treatments and amenities to improve the pedestrian experience, and develop retail strategies to diversify the district's attraction and public space programming.

No one could not have predicted what would happen next. After Wiley-Schwartz came on board at New York's Department of Transportation, he helped lead "Green Light for Midtown," which helped improve multimodal transportation and pedestrian safety on Broadway, including at Times Square. The temporary pedestrian areas and inexpensive lawn chairs implemented during this program inspired a permanent pedestrianized Times Square by design firm Snøhetta, which realized Project for Public Spaces' key recommendations. 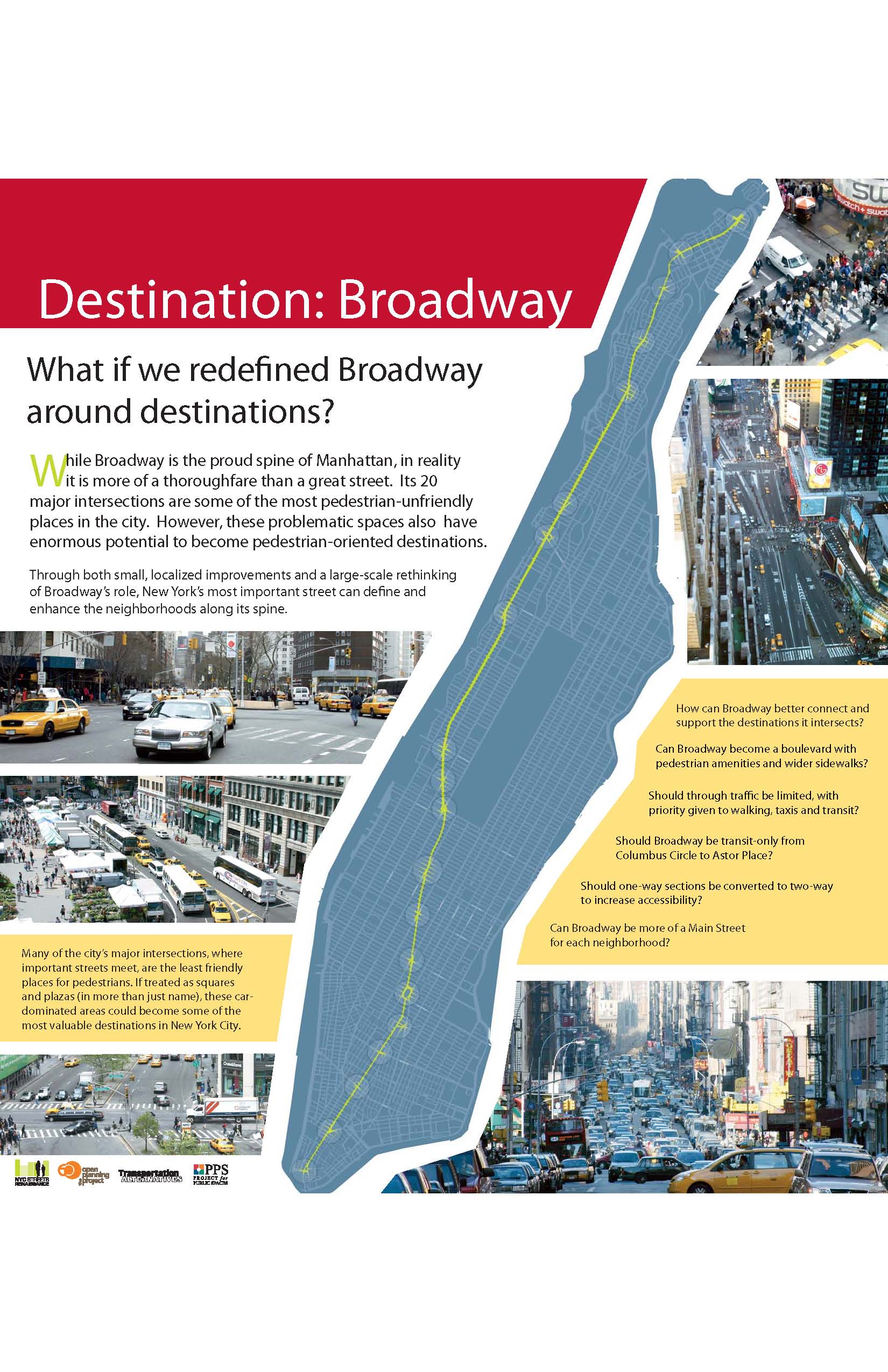 February 26, 2009
Broadway Dreams to be Realized 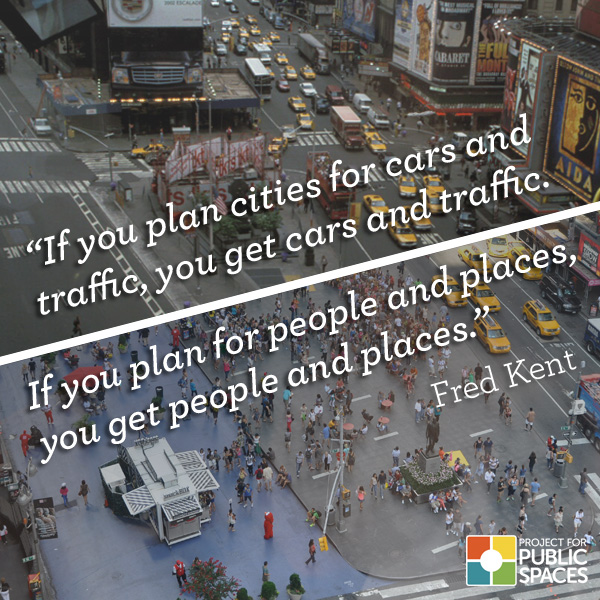 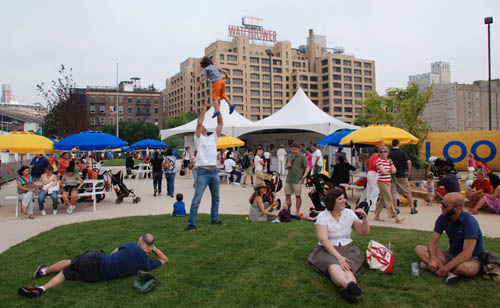