The Beach at Campus Martius

In 2013, Southwest Airlines Heart of the Community Program and Project for Public Spaces brought a taste of the northern Michigan beaches to an underused lawn in the center of downtown Detroit’s Campus Martius Park. Building on other placemaking efforts in the area, Project for Public Spaces transformed Campus Martius Park into a seasonal beach that includes a curved deck with colorful seating, a Beach Bar and Grille, and a large sand-filled area with lounge chairs, umbrellas, and an extra-long shared table.

The beach serves as a fun and relaxing community gathering place for workers, visitors, families, and children during the summer months. Programming at the beach includes aerobics classes, sandcastle building, live musical performances, and lots of informal play in the sun and sand. The park has transformed from a traffic island with nothing to do to a bustling, playful beach. Locals have dubbed the park “Detroit’s Gathering Place,” as amenities like a seasonal ice rink keep locals engaged.

Today, Campus Martius attracts more than two million people annually, and the surrounding district has attracted 20,000 new jobs and over $2 billion of real estate investment. Since Detroit declared bankruptcy in 2013, the park has become a symbol of its resilience and renewal. 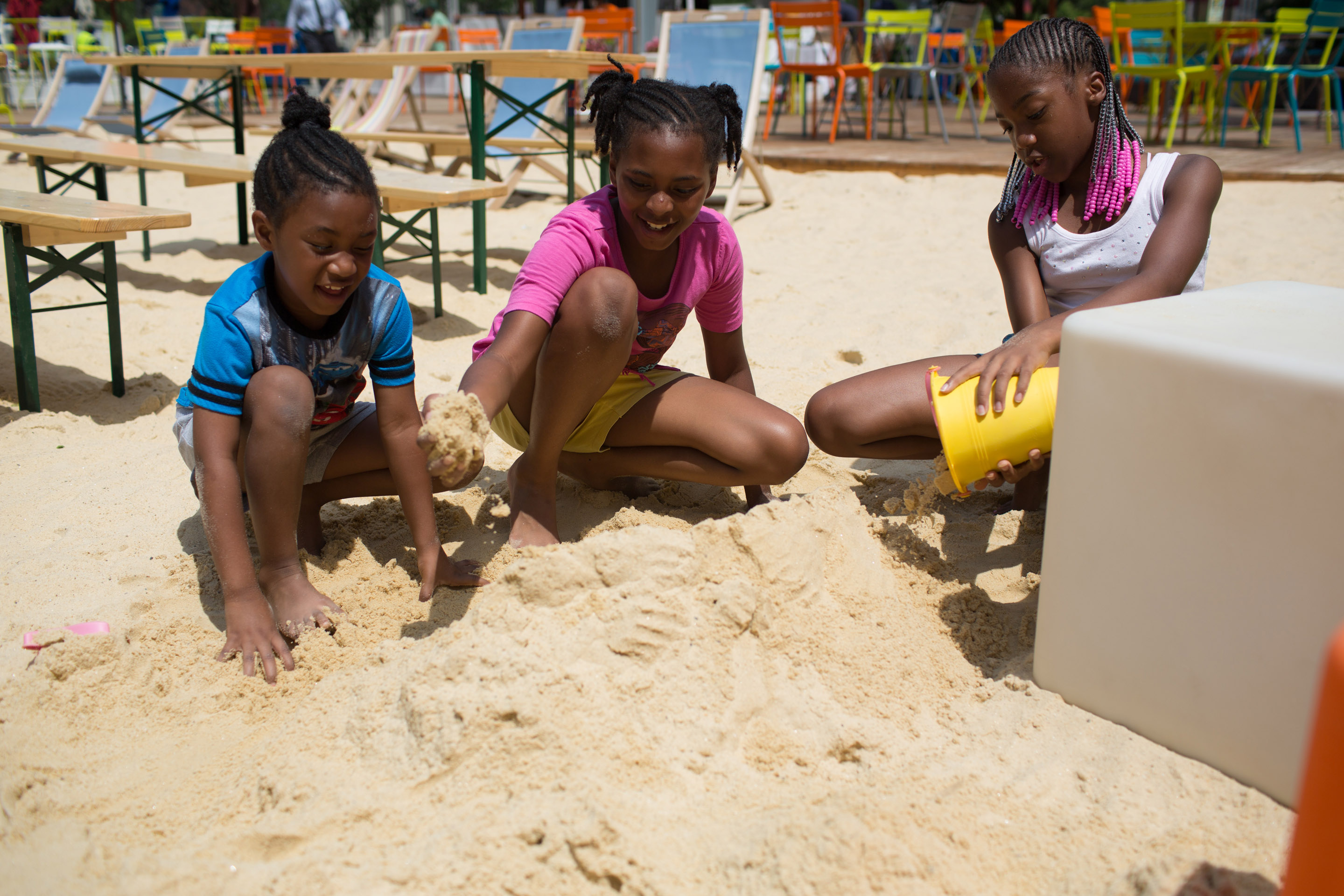 September 25, 2014
Placemaking’s Ripple Effect: How a Beach Downtown is Making Waves in Detroit 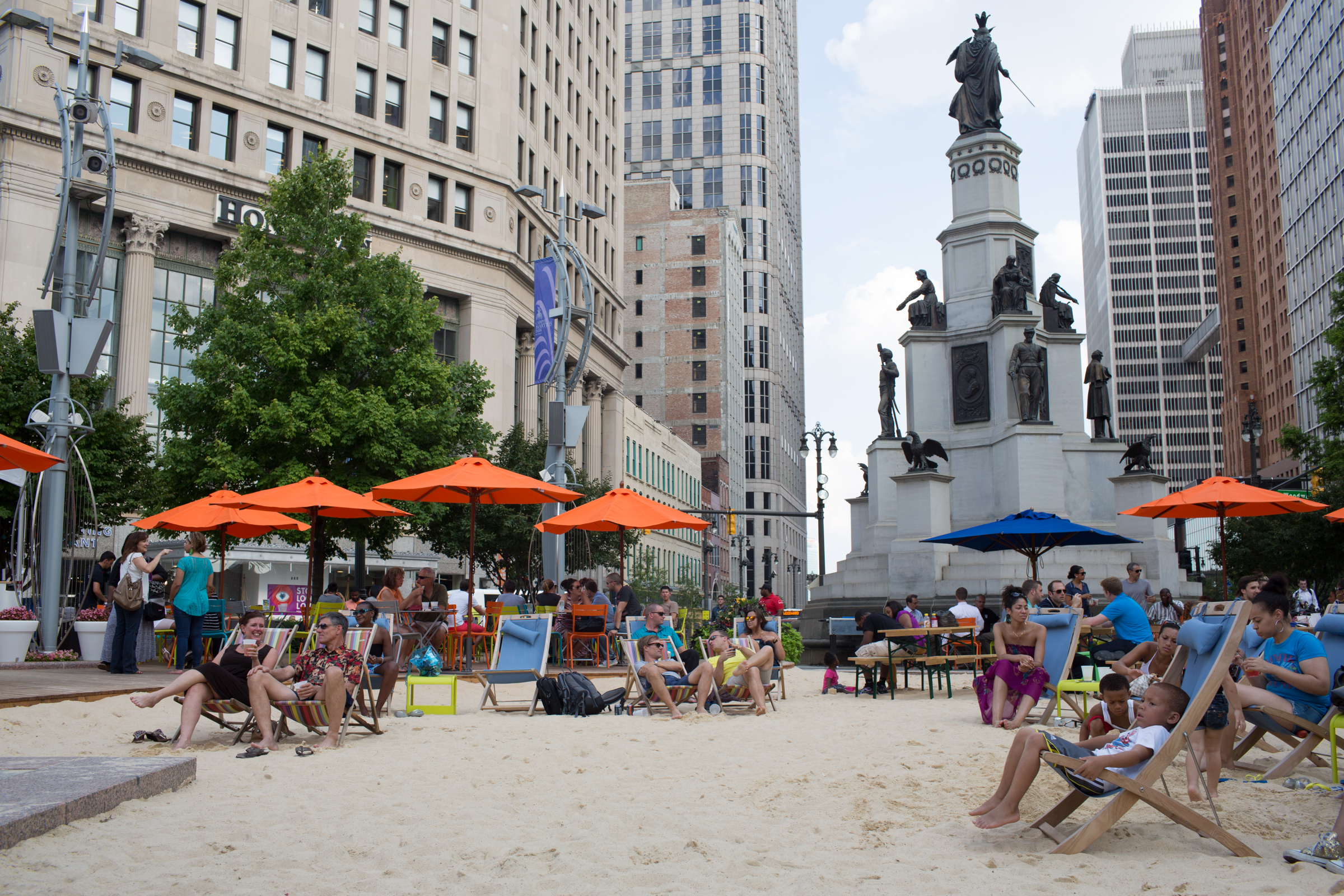 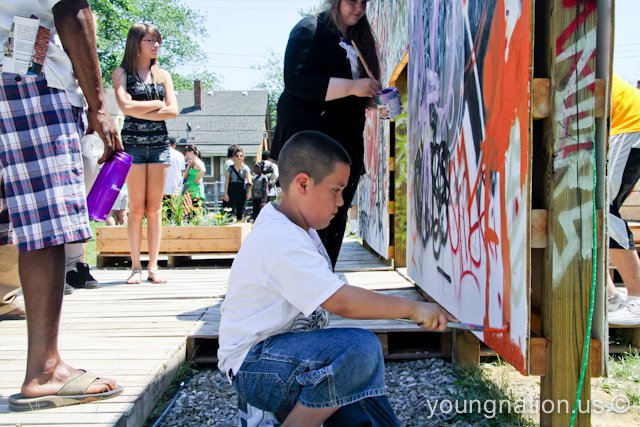