With a bit of imagination, Greater Kennedy Plaza became a hub for new activities in downtown Providence.

Kennedy Plaza is a central destination for Providence, Rhode Island. Starting in 2008, Project for Public Spaces helped the community to reimagine the plaza and its surrounding district—catalyzing a series of improvements that would eventually make it a local attraction to visitors of all ages.

Visioning workshops with the community led to a recommendation by Project for Public Spaces to connect various public spaces within the district, grouping places like Kennedy Plaza and Burnside Park into a unified area dubbed the Greater Kennedy Plaza. While planning for longer-term design improvements, Project for Public Spaces worked with partners who would later form the Downtown Providence Parks Conservancy (DPPC) to re-energize the district with programming. This work kicked off a series of "lighter, quicker, cheaper" events that included markets, concerts, and kids' activities.

Over time the local partners built up capacity and momentum for the plaza and in 2011 received an "Our Town" grant, awarded by the National Endowment for the Arts. The grant made more arts-based programming possible in the plaza and enabled further re-designing of the space.

In 2013, with the support of the Southwest Airlines Heart of the Community program, Project for Public Spaces helped to create Burnside Park's Imagination Center, a small building and deck that provided space for family-friendly programming and storage. Now, Burnside Park and its Imagination Center are a vibrant and active part of downtown Providence. This transformation even inspired the donation of a playground next to the Imagination Center—evidence that activating a place can both stir up excitement and attract investment.

“The Imagination Center provides the home base we desperately needed to expand and enrich our family activities in Burnside Park – it is now the key place in our Placemaking efforts for the park.” 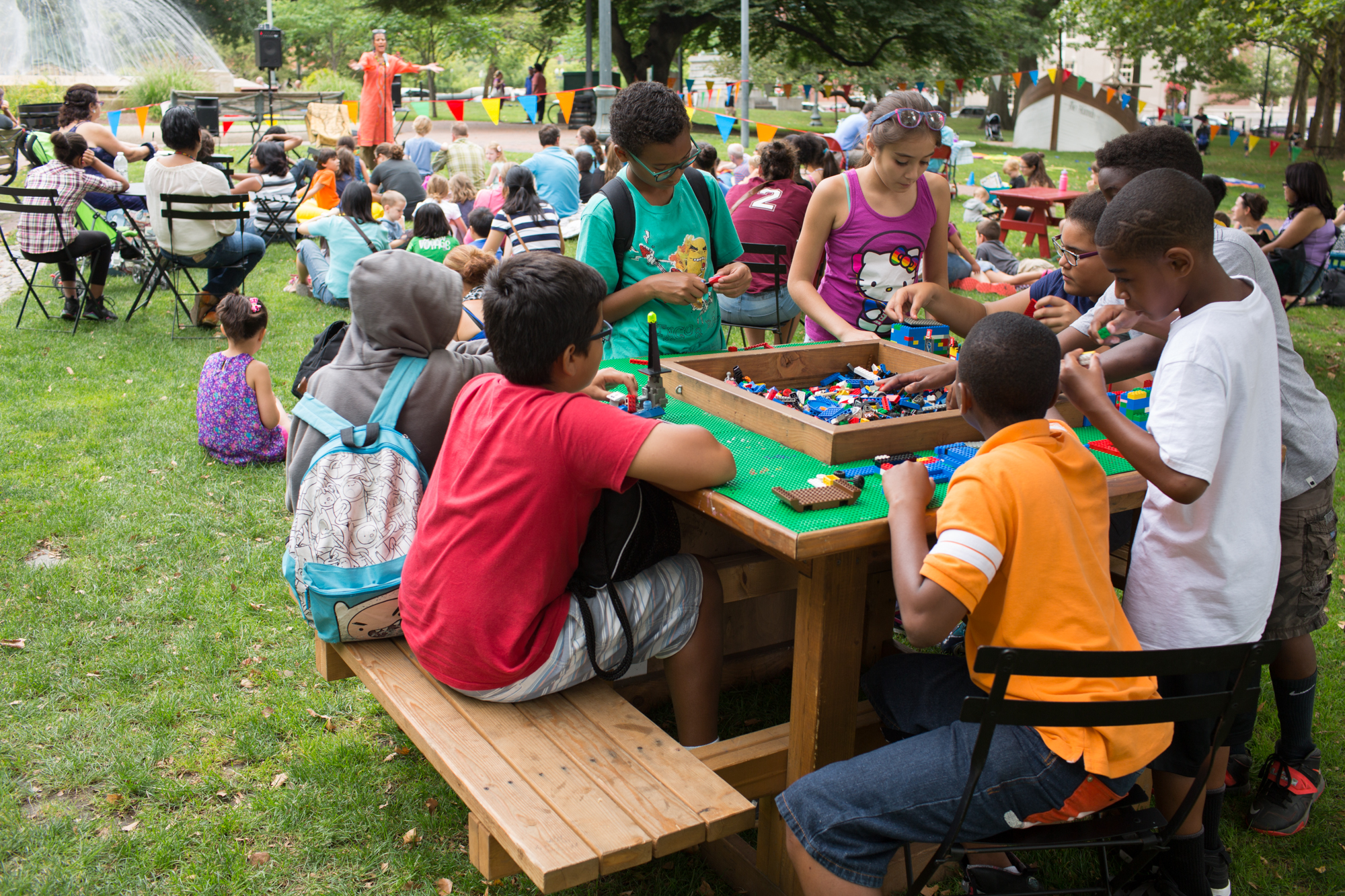