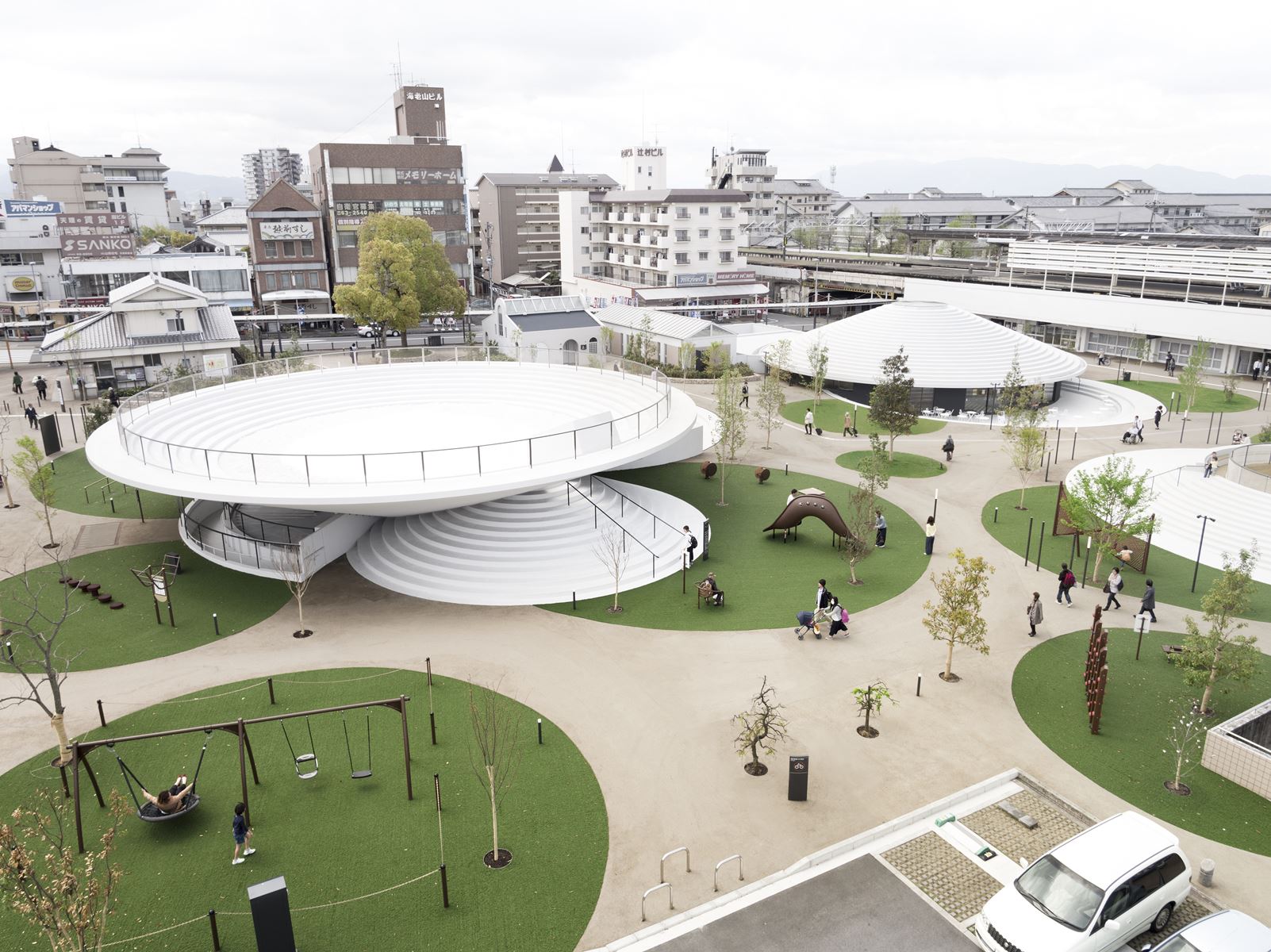 The Tenri Station is the main train station in the city of Tenri, connected to two rail lines and serving roughly 10,000 people per day. Before remaking Cofufun Plaza, which surrounds the station, the area was bustling during peak commute times but deserted during the rest of the day—just a place where people passed by.

Hoping to change this, the City opened a design competition soliciting ideas to remake the plaza. The Mayor at the time selected the design submitted by Nendo, a Tokyo- and Milan-based firm. With a price tag of 1.4 billion yen, funded entirely by the Social Capital Improvement grant administered by the Ministry of Land, Infrastructure, Transport and Tourism, Cofufun Plaza was inaugurated to the public in late spring 2017.

Tenri is a city located in Nara Prefecture, about an hour south of Kyoto and 45 minutes east of Osaka. With a population of around 67,000, it is named after the Japanese new religion Tenrikyo, which has its headquarters in the city. While this has lent itself to many Tenrikyo-related and other religious facilities in the city, such as shrines, temples and ancient tombs, that build the backbone of the city’s tourism industry, it is mostly an agricultural city, known for its strawberries. It is also home to some major employers, such as Sharp's research and product development center, Hayashi Kazushi Company's ice cream factory, a ramen chain headquarters, and Mihara Foods Company, a commercial foods manufacturer.

Tenri is just one of many cities falling victim to the nationwide trend of an aging population and population decline. Tenri's government has estimated that the population will decrease to 56,000 by 2040 and 45,000 by 2060. Combined with the outmigration of younger populations to larger cities like Osaka and Kyoto in search of better jobs and a higher quality of life, the City has been struggling to maintain vibrancy.

While there was no concerted community engagement process for placemaking specifically around the Tenri station, residents of the City of Tenri were still able to submit their concerns about the city's future to the City's "Population Vision" Survey administered in October 2015. Of the 753 residents who responded to the survey, a majority stated that they wanted to stay in the City, but that they had high expectations of the City moving forward—such as better jobs, an environment more amenable to child-rearing, as well as a vibrant town where young people can gather. A majority of respondents ages 18-49 stated that they wanted more playgrounds where their children could play. Most importantly, the residents felt that the city exuded a strong religious image despite the declining number of Tenrikyo followers. The City of Tenri took these concerns seriously while planning the space around Tenri station.

In addition to the two rail lines that pass through the station, it is also a hub for 19 bus routes that go to major destinations, such as Yamabe High School, Tenri University, Sharp’s research and product development center, the JR Nara Station, and Tenri Hospital Outpatient Clinic.

The station is easily accessible for people walking, given the presence of crosswalks in key locations. There are bike racks at the southern entrance of the plaza as well as a bike parking station. Passengers can also easily get a taxi at the designated taxi stand just north of the plaza. The facilities are also accessible for someone using a wheelchair or a stroller.

While the survey respondents stated that they wanted to showcase the city's other strengths, the city still noted that religion was an important partner in community development, and this preference has been reflected in the final design chosen for the plaza. In the plaza sit four white structures that resemble the 16,000-year-old tombs, kofun, where emperors and empresses are thought to be buried. The plaza pays homage to the city’s rich cultural history.

Both the rail station and the bus stop have benches, real-time information and shelters. The community also helps to maintain the space; students from the local special education high school as well as other youth from the community regularly clean the windows and pick up trash in the plaza. With more activity happening at all times of the day instead of at only peak hours, mothers are able to bring their children and can easily keep an eye on them as they play.

The plaza itself is multi-use and has many activities. The 6,000-square-meter space is home to a bicycle rental shop, a cafe, boutiques, an information kiosk, indoor and outdoor playing areas with play equipment like trampolines, and meeting spaces. There are also multiple convenience stores right at the entrance of Tenri station. On any given day, it is common to see children playing outside, mothers watching over them, as well as people of all ages sitting on the steps talking or eating lunch. Within a 5-minute walk of the station are bakeries, restaurants, a public park, clinics, banks, community centers, shops, and a pedestrian-only shopping district.

The plaza around the station has fulfilled its mission of local community revitalization and providing a much needed communal space for local residents. The plaza hosts events all-year-round for the entire community, such as dietary education classes featuring organic food made in co-ops, exercise classes on Saturday mornings where participants can exercise to the City's theme song, festivals, English classes for mothers and their kids, as well as Pokemon Go events. All in all, this placemaking project has brought back vibrancy and a sense of community to the City of Tenri. 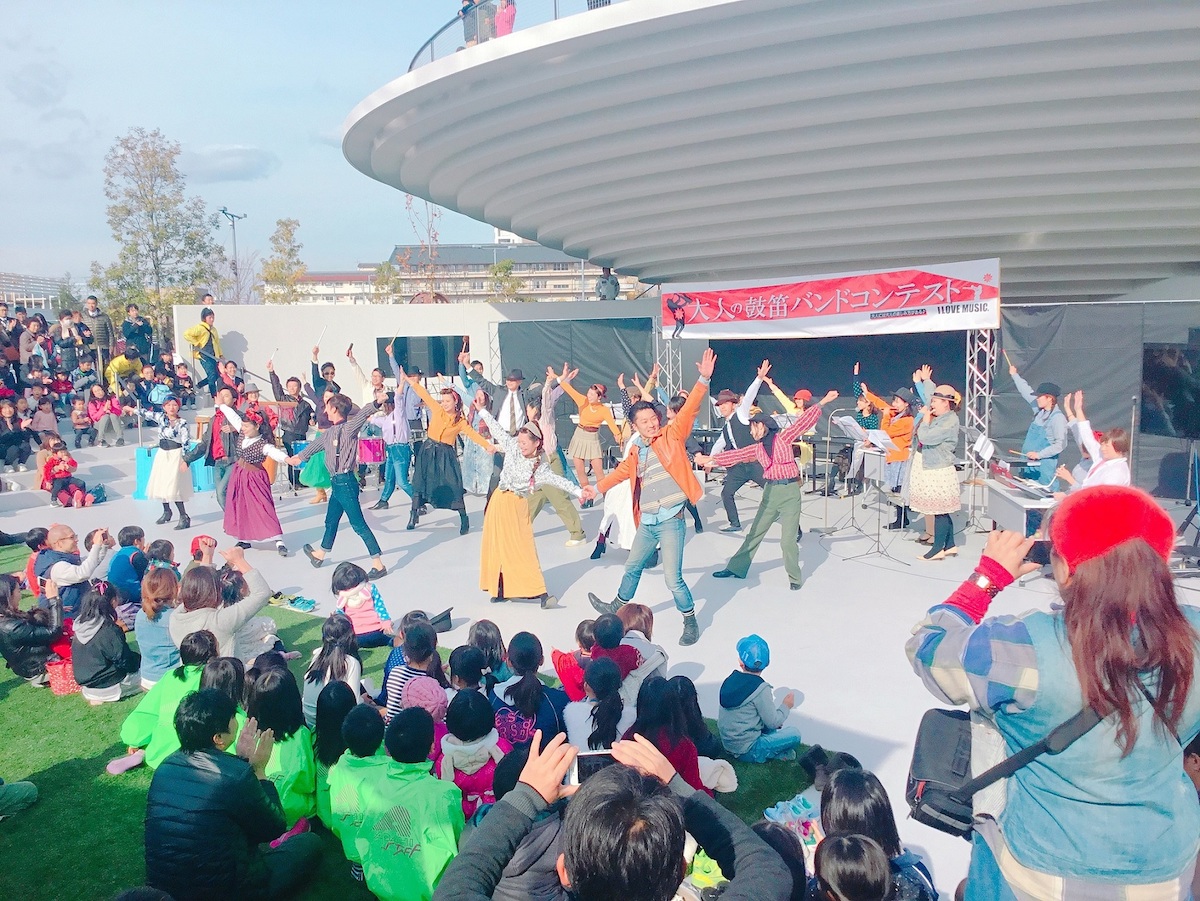 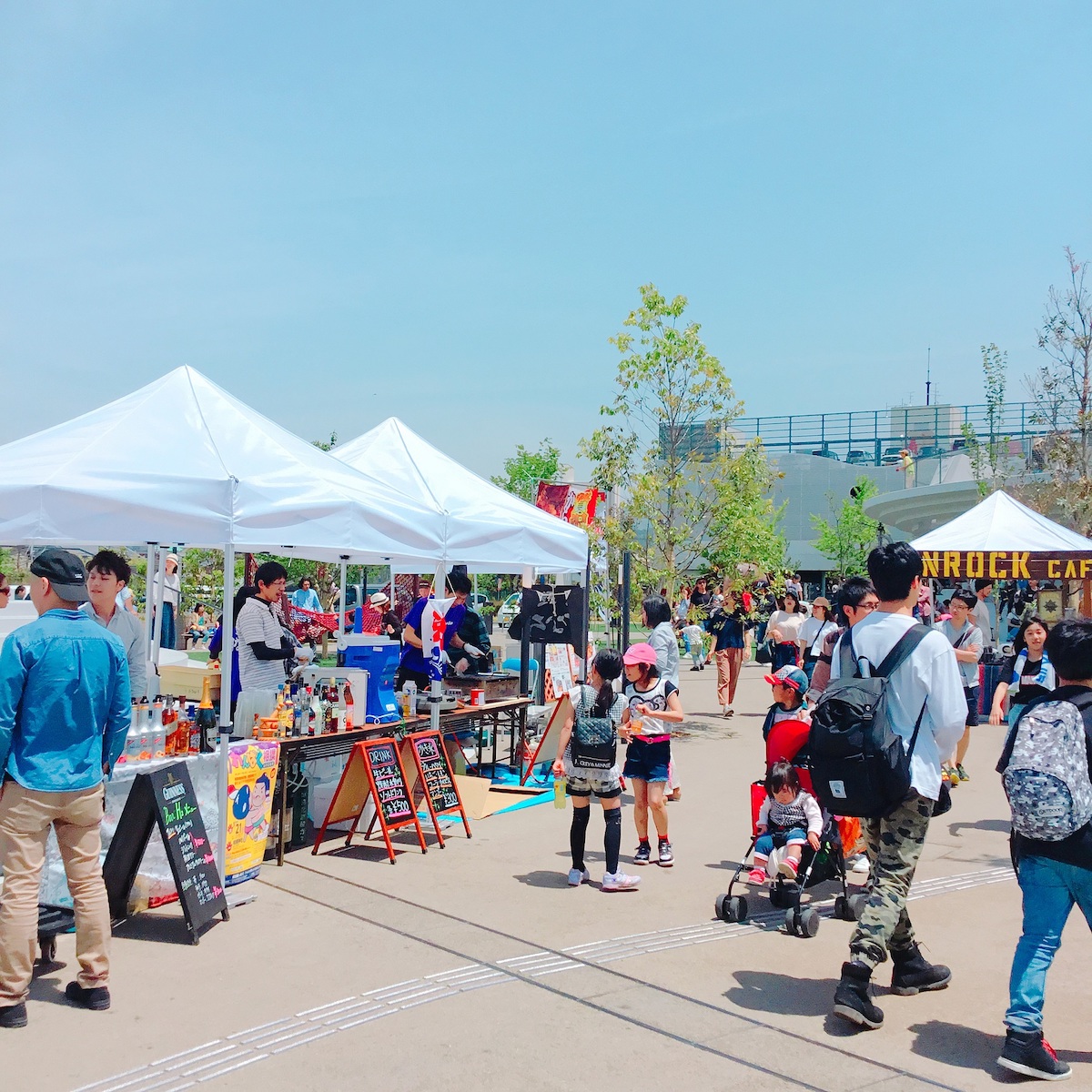 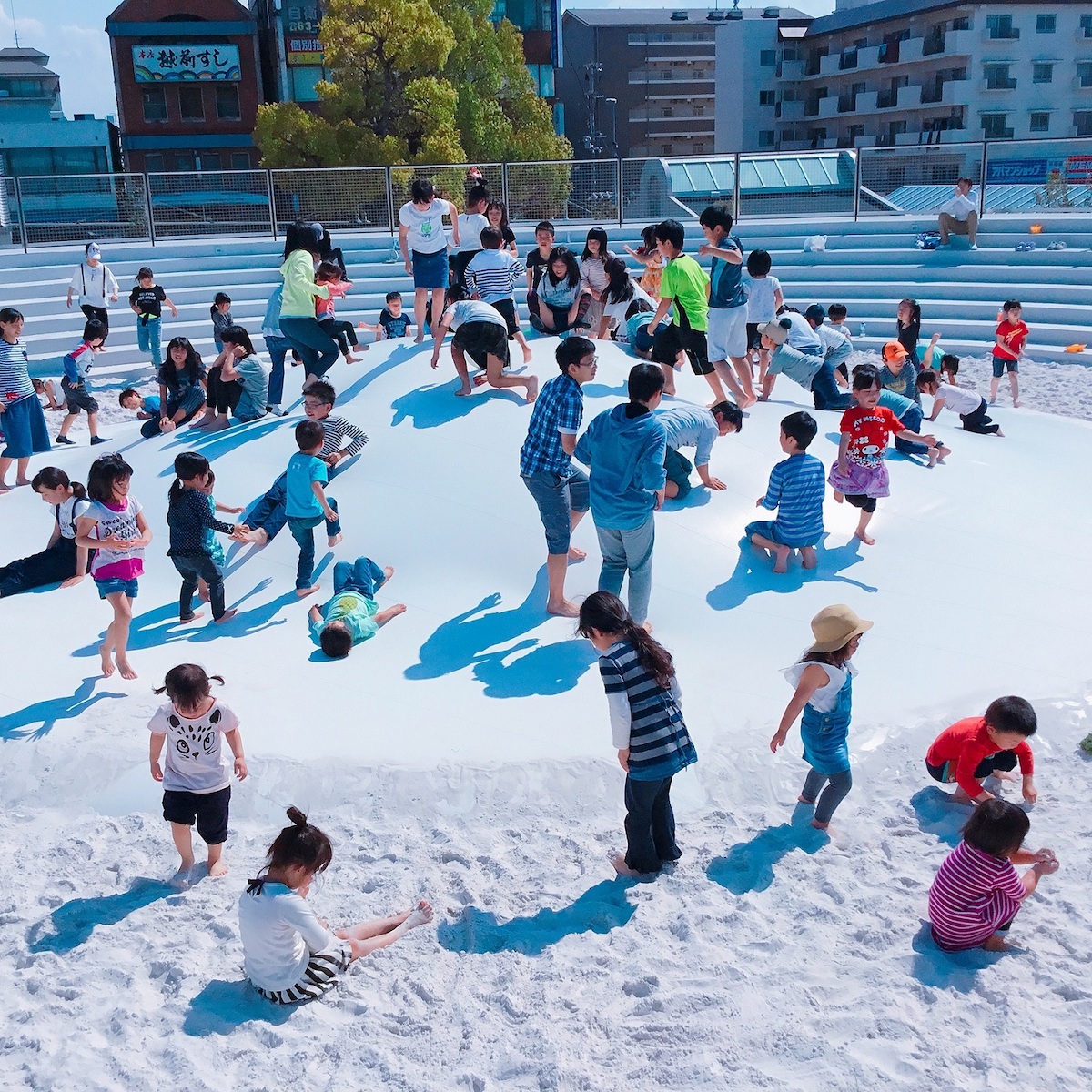 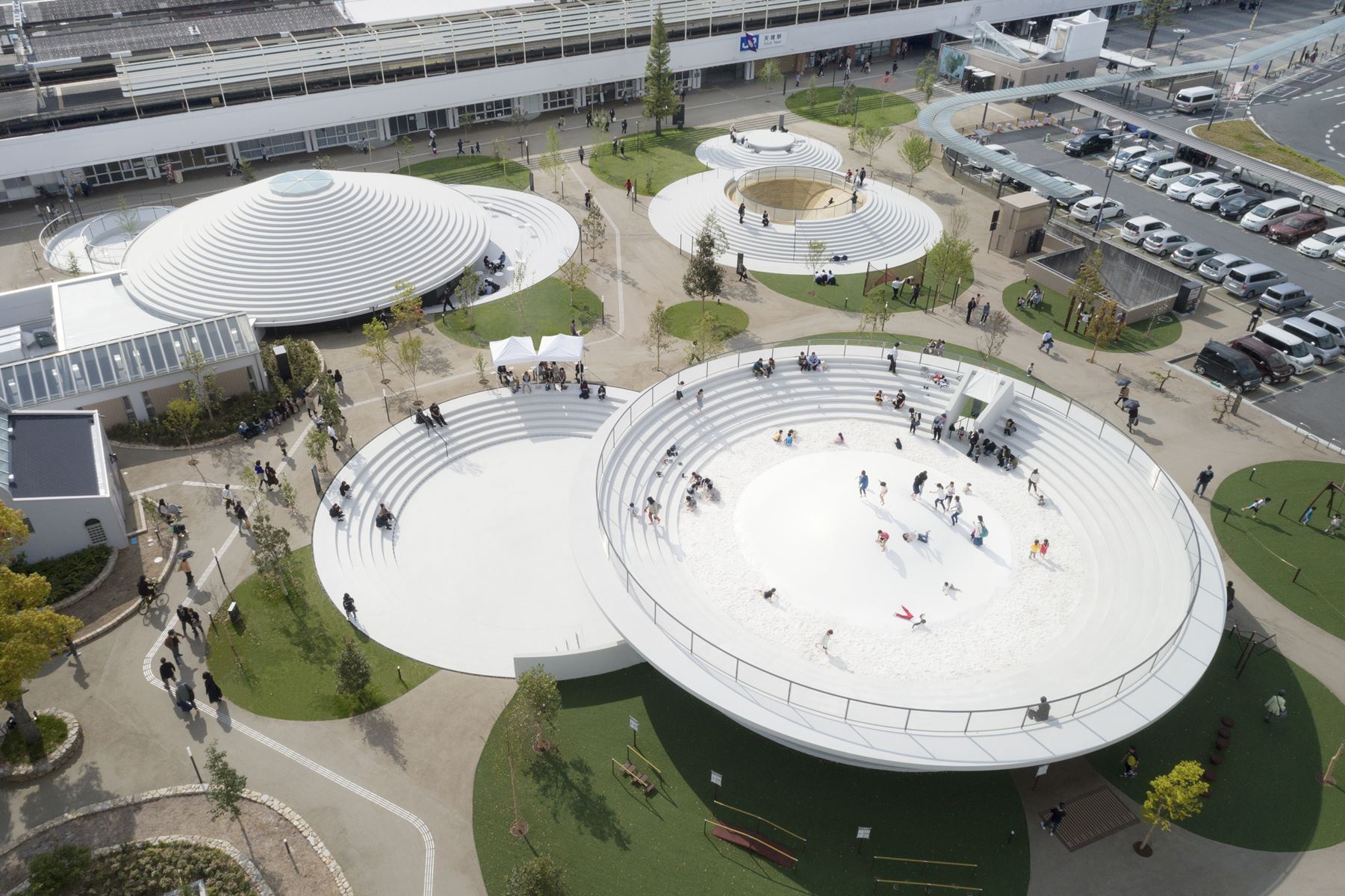