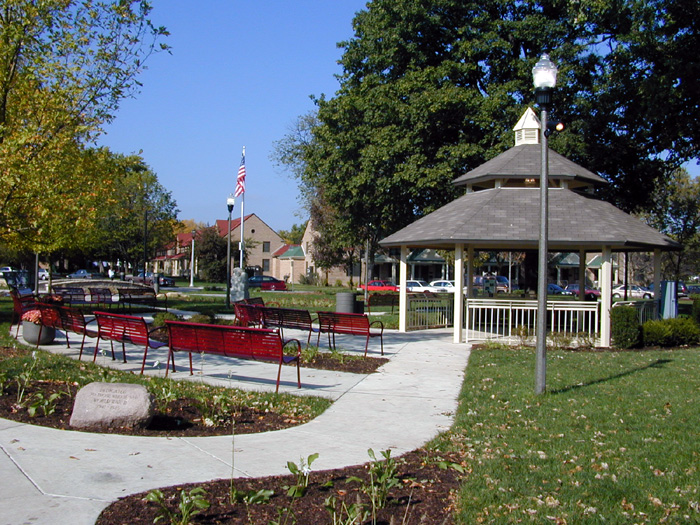 Monument Park is located within the Parklawn Public Housing Development in the City of Milwaukee, Wisconsin. Parklawn was originally constructed in 1936 and 1937 as part of the federal government's slum clearance and low-rent housing program administered by the Works Progress Administration. The location of Parklawn is designed to maximize its natural setting along Lincoln Creek, a waterway that it borders on the north, and Sherman Boulevard, a historic park boulevard at its eastern edge. Sherman Boulevard continues south until reaching Washington Park, a major public park designed by Frederick Law Olmstead. In addition to dwelling units, Parklawn includes a community center, YMCA, daycare center, and a state-of-the-art, wireless technology-based elementary school, or "cyberschool" (approximately enrollment of 400).

Although situated within a public housing development, Monument Park is available to residents of the entire neighborhood as well as their guests and visitors. It is easily accessible by foot, bicycle, and mass transit. Automobile parking is nearby. Four mews that form the internal pedestrian circulation paths for Parklawn meet at the park and capture foot traffic from the entire housing development. The paths are continued in such a way as to lead people to the various monuments, artwork, and storyboards/plaques throughout the park. As the park is located within the housing development itself, it is not immediately visible from the surrounding streets. However, the park is adjacent to the cyberschool, community center, daycare center, and the YMCA, and the housing development itself fronts a major historic park boulevard and a natural creek. Thus the park enjoys a health flow of visitors beyond the confines of Parklawn itself.

It makes a strong first impression on visitors primarily due to the central gazebo, large sculptures, and colorful shrubs and perennials, which immediately draw the eye. Upon closer inspection, visitors to the park will find interesting details like the storyboards/plaques, stone markers, and time capsules. Seating is available on traditional metal ribbon benches scattered throughout the park as well as on retaining walls, bridge walls, decorative boulders, and grassy areas. Ease and comfort for wheelchair users were taken into consideration when planning sidewalk width and placement of benches. The site is maintained daily by the staff of the housing development, thus ensuring that litter and graffiti are immediately addressed or avoided altogether. The park is immediately visibly from the cyberschool, community center, daycare center, YMCA, interior streets, and dwelling units. It is also well lit and monitored by video surveillance cameras, thus providing a significant security presence.

It is regularly used by residents of Parklawn, neighbors, and the staff/faculty and clients (adults and children) of the cyberschool, community center, daycare center, and YMCA. The park is used primarily as a pleasant place for relaxing (eating lunch, strolling, chatting, reading, etc.) and for children to enjoy the playground equipment. Individuals, small groups, and large groups can be found utilizing the park in planned and impromptu activities. The children from the neighborhood, cyberschool, community center, daycare center, and YMCA use the playground daily. The park can also be used as an outdoor history lesson on public housing, Parklawn, the Great Depression, and various government programs like the WPA and FPA. Students from the cyberschool can be found in the park engaged in homework, writing, or recreational activities on laptop computers. Bicycling is encouraged, and bicycle racks have been donated and will be installed shortly. A series of concerts in the gazebo is being planned, to which elderly residents from other housing developments will be transported. Monument Park was completed in the fall of 2002, so the summer of 2003 will be the park's first summer. An increase in recreational activity is expected.

The Park serves as a catalyst for bringing together people of varying backgrounds and interests. It is a pleasant place for friendly neighbors in the immediate area to congregate, chat, stroll, play, etc. The front porches of the closest dwelling units look onto the park, underscoring the feeling of a community park. However, the adjacent cyberschool, community center, daycare center, and YMCA attract children and adults of all ages from the predominantly African-American northwest side of Milwaukee. The park is already recognized as a historic and cultural landmark, attracting historians and artists from the entire Milwaukee metropolitan area to visit the park for scholarly interests. It is hoped that as news of the park spreads, it will become a popular tourist attraction. Consequently, Monument Park is visited and enjoyed by a large, diverse population outside the confines of Parklawn itself.

Monument Park was recently honored by the Milwaukee County Historical Society for preserving the history of Parklawn and the FAP artwork.

Under the guidance of their teachers, the children enrolled at the adjacent cyberschool applied for and received a grant to create a web page to chronicle the history of Parklawn and to explain the significance of Monument Park. Classes on historic background were conducted in the park, and guest speakers addressed the children on Parklawn, public housing, the WPA, etc. The web page is in progress and is expected to be completed and on the school's website during the 2003-2004 school year.

Monument Park was created as a public space designed to preserve the memory of Parklawn's history as well as meet recreational needs of the neighborhood. The park connects the civic space of Parklawn with the emerald necklace that surrounds its: the Lincoln Creek parkway, Sherman Boulevard, and the mature tree canopy and mews of the housing development itself. The park occupies 4 acres in the center of the housing development. It includes public monuments and arwork that trace the shared community history while reflecting community goals and collective consciousness from past to present. Large storyboards and smaller plaques provide historical information and photographs. Playground equipment is available for children from the neighborhood, cyberschool, community center, daycare center, and YMCA.

In 1998, the Housing Authority was awarded a $34 million grant from the U.S. Department of Housing and Urban Development for the revitalization of Parklawn. These funds were awarded through the HOPE VI Revitalization Program, which seeks to transform distressed public housing developments. During the course of this work, various artworks were discovered including limestone sculptures, a copper relief panel, and a decorative stone drinking fountain base in the shape of a ram's head. Research revealed that these pieces were commissioned as part of the Federal ARt Project (FAP), one of the divisions of the Works Progress Administrationi (WPA) created under Federal Project One, by President Franklin D. Roosevelt. Today, Monument Park includes the work of Wisconsin artist Karl Kahlich, who created the limestone sculptures of "Fishing" and "Music". These sculptures were commissioned as part of an extensive public art program at Parklawn during its original construction period. They were part of a set of four original sculptures based on the theme of leisure activities. These sculptures are very representative of Depression-era FAP works, where artists focused on "celebrations of the mundane", believing that such vignettes represented the essence of American life as lived by most individuals at that time. Prominent display of these WPA sculptures makes the artwork intellectually accessible to today's community, while preserving this important and historical artwork. During the original construction period of Parklawn, WPA workers were responsible for constructing the parkways that adjoin Parklawn. Much of the work at the new Monument Park was done by the Milwaukee Community Service Corps (MCSC), a job-training program for at-risk youth ages 18 to 23. MCSC and WPA workers share a common history of participating in the dignity of employment through public service projects that strenghten communities. To honor this common memory of service, a bridge and two markers at the ends of the bridge were built in the park using limestone salvaged from a WPA retaining wall from the Lincoln Creek parkway. During the demolition of the original boiler house, a time capsule dated 1937 was discovered. It was a chronicle of Parklawn and the public housing movement at the time. A new time capsule dated 2000 was created to commemorate the recent revitalization work. Both time capsules are not interred in Monument Park beneath granite markers. Monument Park also includes a stone marker dedicated to those who served in World War II. Parklawn residents donated this marker in 1945. The dedication of Monument Park on October 4, 2002 restored the grandeur of the neighborhood's civic space and stands in witness to the foundation upon which the local housing program was built. Monument Park chronicles the legacy of the public housing movement from its origins in the Great Depression to its vibrancy and renewal through the recent HOPE VI movement as both a national initiative and a local realization in a Milwaukee community. It preserves our heritage and stands as a commitment to our past, present, and future. 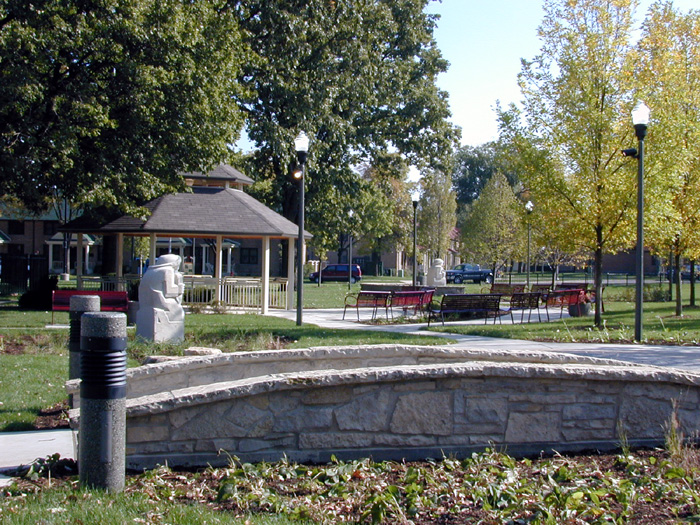 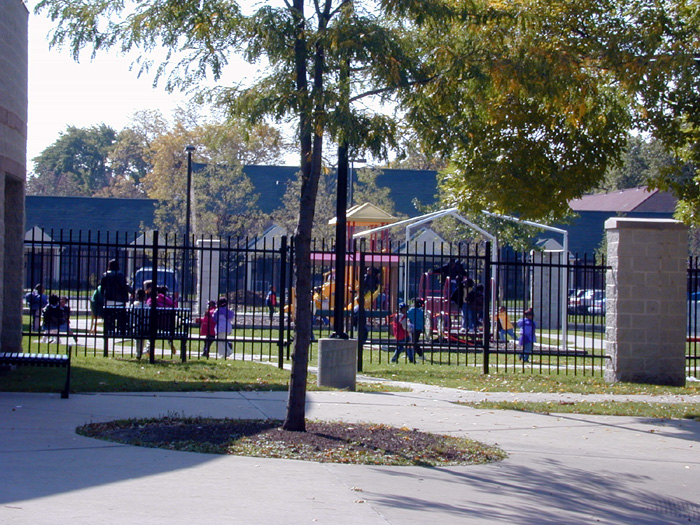 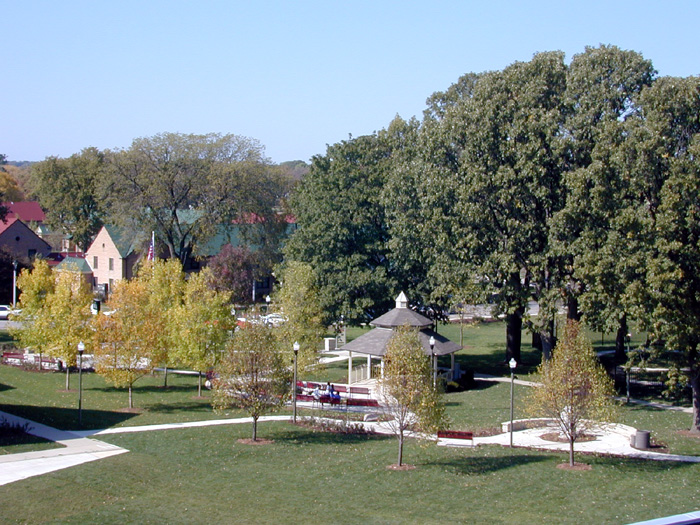 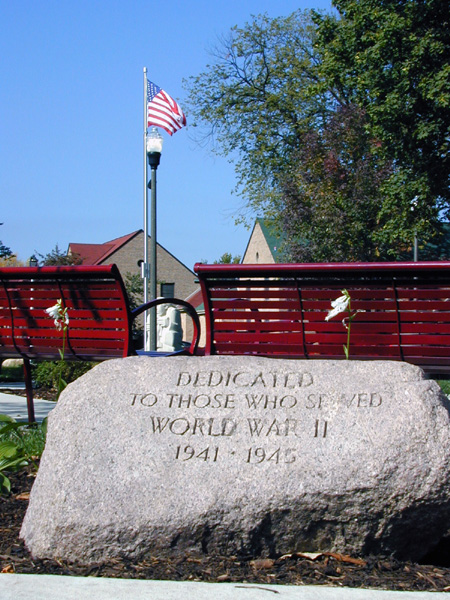 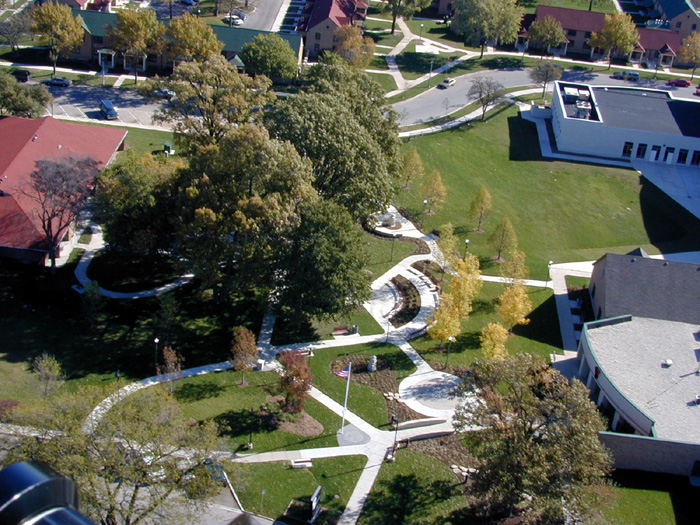 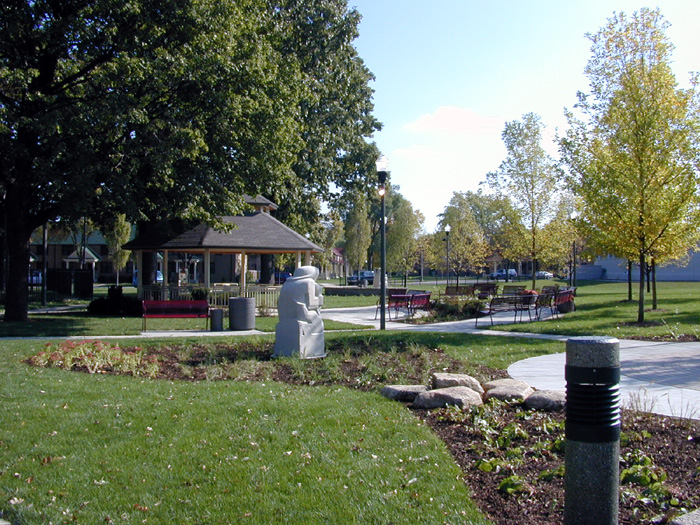 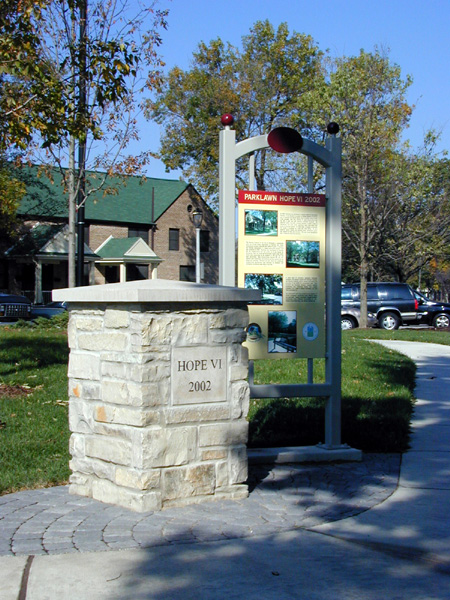