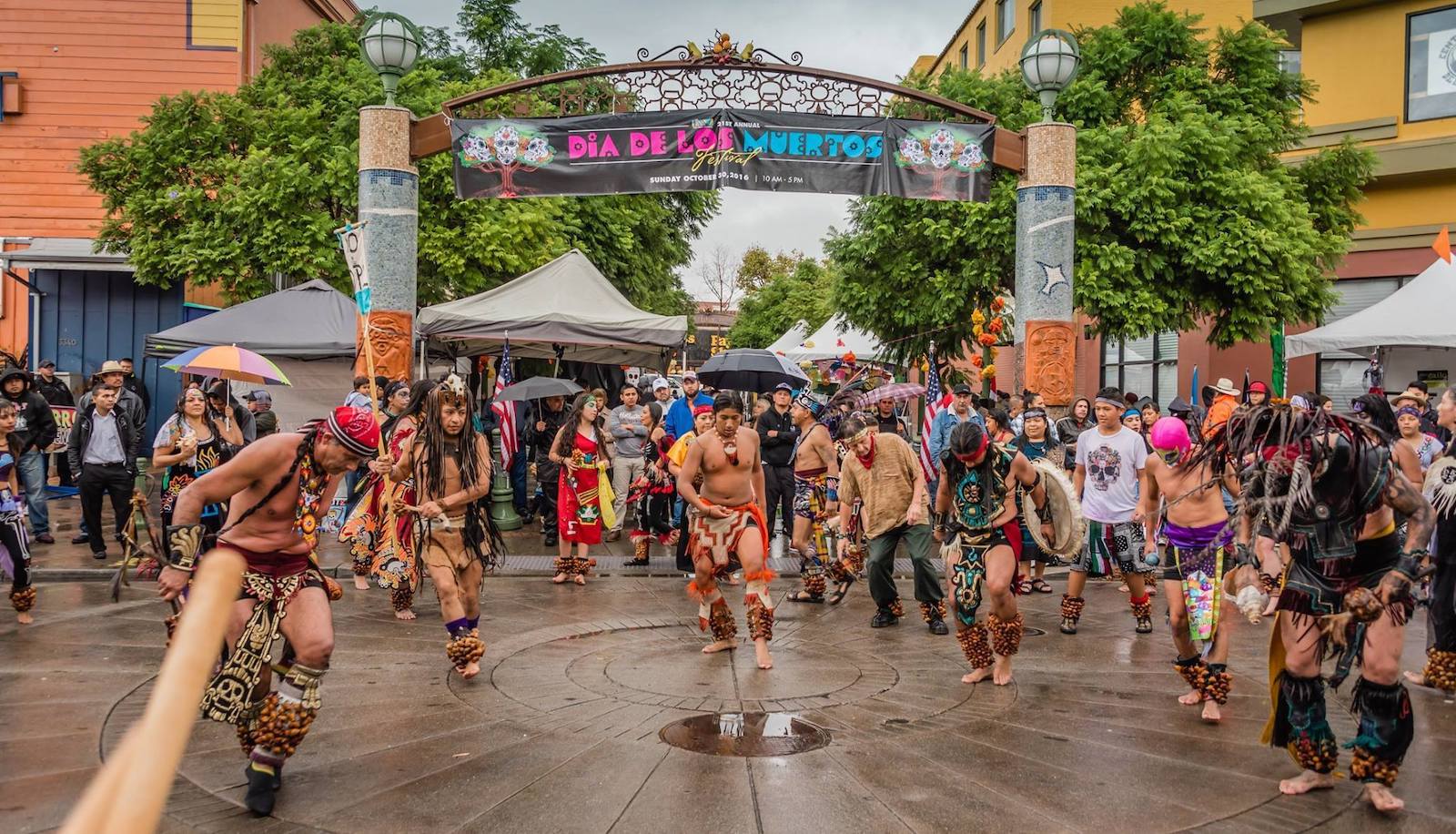 The Fruitvale Station in Oakland, California, served by the Bay Area Rapid Transit (BART) system, has been hailed as one of the most successful transit-oriented development (TOD) projects in the country. It serves as a vibrant anchor where people from the surrounding majority-Latino neighborhood can fulfill their daily needs and participate in programming that further enhances a strong sense of community. Most importantly, under the leadership of a community development corporation (CDC) with a commitment to social equity, the surrounding community was heavily involved in placemaking efforts around the transit stop over the course of four years, and the design has come to reflect the cultural preferences, lifestyles, and economic needs of the community it serves.

"Fruitvale [is where I feel the most at home] because it's the part I'm most familiar with and where I can find three generations of families walking together down a street on any given day, thriving community, La Clinica, lack of pretentiousness, not to mention the great food."

"I feel most at home in Fruitvale because there is authentic food, [and] Dia de Los Muertos that celebrates life and culture."

Fruitvale was historically a manufacturing hub anchored by canneries that served local orchards. In the 1950s, the construction of highways that gave manufacturers access to cheaper land, along with an influx of African American and Hispanic residents, were two of the key factors that led an increasing number of businesses and white middle-class residents to leave. Fruitvale subsequently became a highly distressed neighborhood, plagued by unemployment and poor housing, among other problems. By the early 2000's, about 42% of households living around Fruitvale Station earned less than $30,000 compared to 28% in Alameda County as a whole. In 2002, the Fruitvale BART station saw higher rates of ridership among low-income, female, disabled, African American, and Latino riders compared than the system as a whole, pointing to the importance of this particular station to a diverse constituency. ‍

In 1991, BART proposed a multi-level parking garage next to Fruitvale Station, drawing concerns from the community that it would cut off pedestrian access from the station to the downtown business district, increase crime, and worsen congestion, and air quality. BART withdrew its proposal and agreed to work with the community to develop the area around the station instead. Over the course of four years, the Unity Council, a CDC based in Oakland with strong ties to the community, conducted an extensive engagement process to empower community members to build a vision for their neighborhood. With financial assistance from the City of Oakland and the United States Department of Transportation, it hosted three workshops to ask participants to identify the community's needs, develop shared goals, and provide feedback on two alternative land-use plans. In 1993, the Unity Council collaborated with UC Berkeley's National Transit Access Center (now the Institute of Urban and Regional Development) to sponsor a symposium in which architects translated participants' ideas for the station area.

The activities and destinations of Fruitvale Village and the Station are supported by an area that is very easy to access without a car. Bisecting the BART station is a pedestrian path that serves as a direct passageway north to the Village. Directly below the station is a bus hub that allows for easy transfers between BART and bus lines. The station is also one of few BART stations in the network with a fully-staffed bike station, which offers free valet parking and repair as well as sale services. Protected bike lanes within a mile radius of the station have proliferated since 1998; one in ten access trips to the station were made by bike in 2008 - the highest bicycle modal splits outside of a university campus setting in the US.

The Fruitvale BART station platform itself offers a dignified waiting space, complete with a shelter, benches, well-placed signage, and real-time information on arrival and departure times. Additionally, the station offers other amenities to enhance the user experience: bathrooms, ticket vendors and kiosks, a newsstand and a drinking fountain. The station is also fully accessible, equipped with two elevators and four sets of escalators. The Fruitvale Business Improvement District (BID) provides supplemental cleaning services and security.

Beyond these basic amenities, what really supports the image and feel of the station area is that the design of the space itself reflects the cultural preferences of the community. The paseo, or walkway, which leads from the train station to the shops on International Boulevard, incorporates both Spanish and indigenous architectural features which builds a strong visual connection to the Fruitvale Farmer's Market, which occurs every Tuesday, Thursday and Sunday. The station also has a direct sightline into St. Elizabeth's Parish, the neighborhood's religious and cultural icon.

After over ten years of planning and construction, Fruitvale Village opened in 2004. Just north of the station, this mixed-use development serves the daily needs of the surrounding community. It offers a public library branch, a dentist's office, convenience stores, a legal services clinic, banks, a multilingual and affordable health clinic, a childcare center, and a 90% Latino charter high school—all within a five-minute walk of the BART station. The development is also home to locally-owned restaurants and shops, some of which embody the spirit of social justice by hiring local and providing a living wage to employees.

Another important destination associated with this station is the Fruitvale Public Market, a small business incubator managed by Unity Council, which provides vending space and technical assistance to 11 small businesses. Most of these vendors sell Latin American arts, crafts, and food, allowing the Market and station to further integrate and support the community it serves. The initial investment in Fruitvale Village has had a multiplier effect, inviting more businesses and development to the area, such as a taco truck, a Mexican restaurant, and a brewery, adding up to a dense and diverse ecosystem of activity available to the everyday user.

The identity of the space is enhanced by cultural programming and public art that brings the community together. The Unity Council organizes events like the Dia de Los Muertos Festival, attended by over 80,000 people annually, as well as “Posadas & Carols,” which taps into traditional Mexican culture through Mexican Christmas songs, breaking pinatas, and tamales. Every Sunday in the month of August in 2017, Fruitvale Village held fiestas where people could show their "Latino moves" and learn to dance from folkloric dancers. And just last year, a mural paying homage to Oscar Grant, a Black man killed by a white BART police officer in 2009 in Fruitvale BART Station, was unveiled at the station. Created by local artist Senay "Refa One" Alkebulan, it was accompanied by a renaming of a roadway near the station to "Oscar Grant III Way." Both the renaming and the mural have transformed this public space into a memorial to reclaim the community in the wake of a tragedy.

—Wanda Johnson, mother of Oscar Grant, a Black man killed by a white BART police officer at Fruitvale Station in 2009

A survey conducted in 2016 by the Unity Council found that 80% of shoppers reported living or working nearby, and 2/3 of survey respondents had been to a cultural event in Fruitvale - pointing to Fruitvale's importance in serving the daily needs of the community as well as preserving the culture of the community. The Fruitvale BART Station is a vibrant transportation hub that serves as a community anchor, and is a model worldwide for how transit stops can serve as destinations in and of themselves. 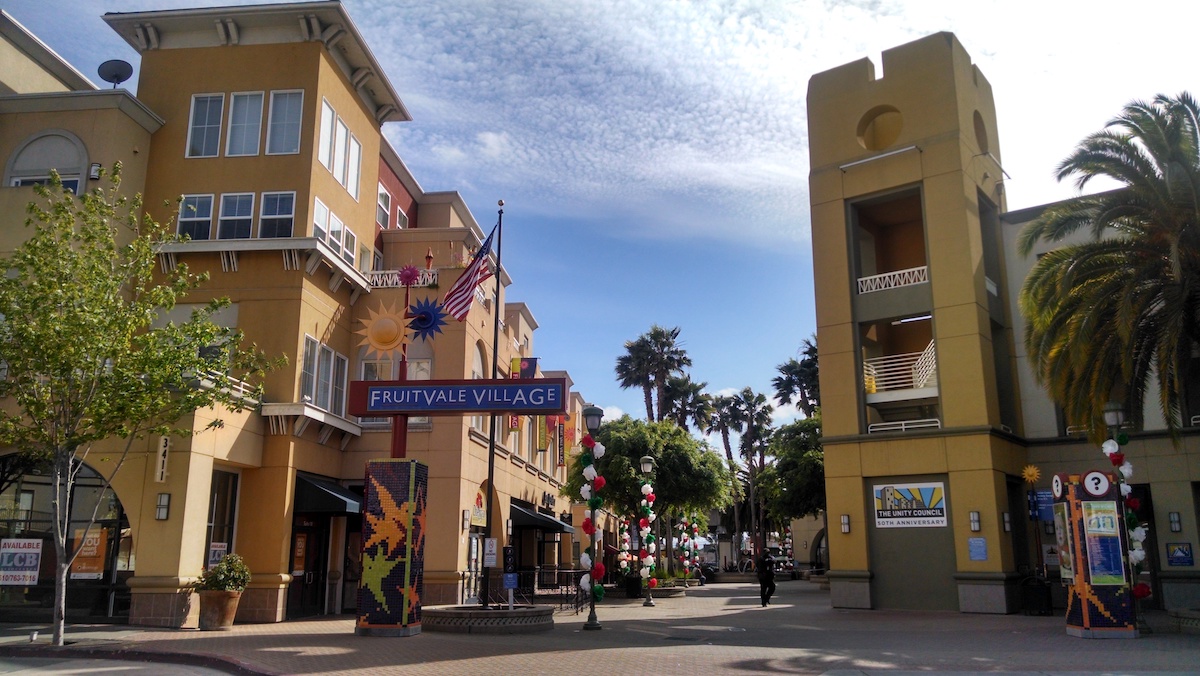 Photo by ismenelik on LocalWiki. 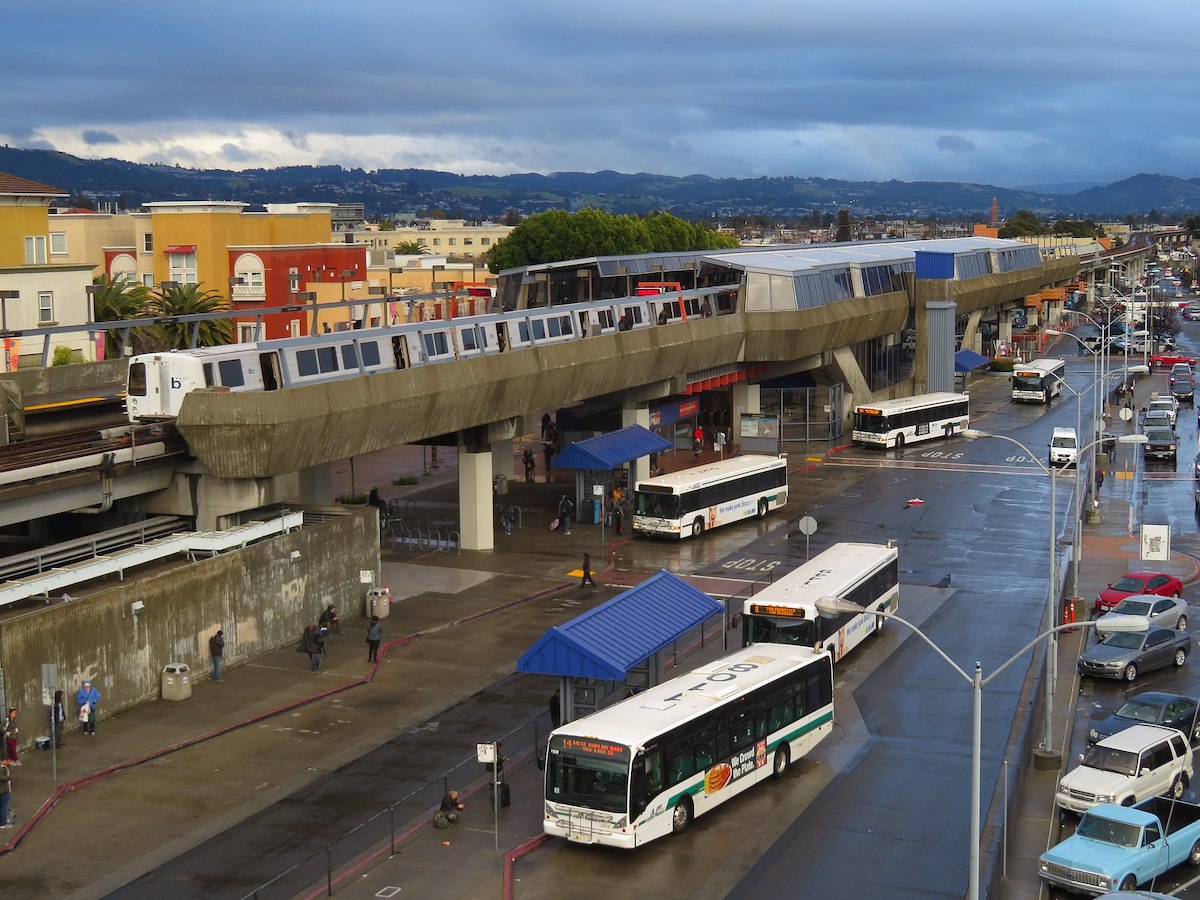