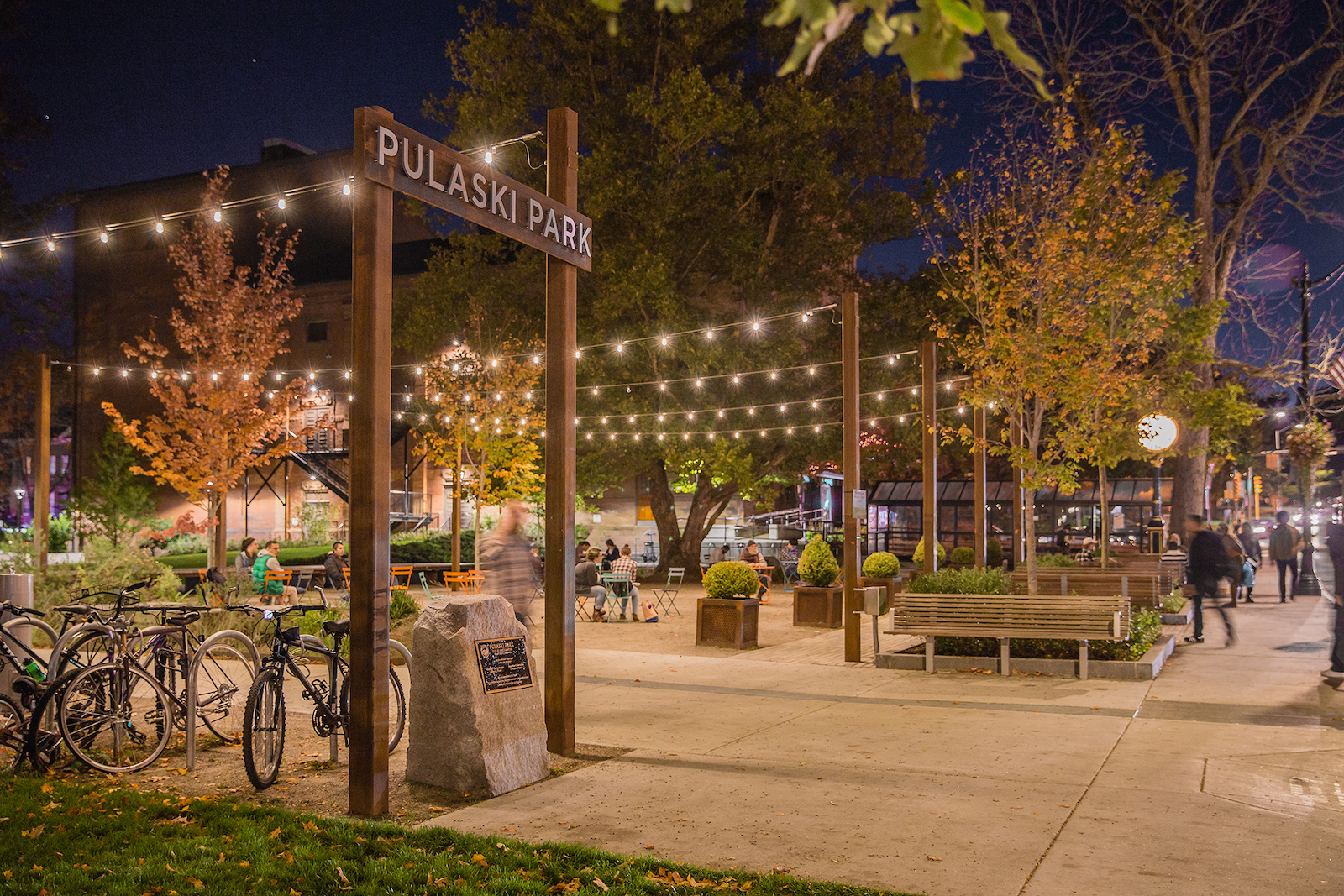 The Academy of Music bus stop has always been a very active bus stop in downtown Northampton, MA. However, by 2012 the bus stop and the park behind it, Pulaski Park, had not seen a renovation for nearly four decades , and was due for a makeover. The City of Northampton, the Pioneer Valley Transit Authority, Stephen Stimson Associates Landscapes Architects, and the residents of Northampton came together with a vision to remake the bus stop and the park behind it to turn it into a vibrant community gathering space.

Known as the "pulse point" of various transit agencies that serve the town of Northampton, the Academy of Music bus stop sits directly in front of the Academy of Music, a live music theater, as well as Pulaski Park, the only park in downtown Northampton. Last redone in 1976 for the nation's centennial, the bus stop and the accompanying Pulaski Park had become lackluster. A massive evergreen tree stood between the street and the park, blocking the park's visibility, and the park was primarily used by people experiencing homelessness and/or drug issues.

Plans to redevelop the parking lot to the south of the park into a hotel in 2008 failed due to the recession, but the City of Northampton used this as an opportunity to open up a design competition to remake the bus stop and the Park into a "Main Street Plaza." While the Director of the Department of Public Works at the time shelved the competition due to lack of funding, he later called Stimson, a landscape architecture firm based in Massachusetts, in 2012, to tell them that he had $500,000 in funding. Together they requested additional funding from the State of Massachusetts through the Community Preservation Act, bringing the total available funding to $1 million.

Stimson led three public workshops in the spring of 2014 to solicit ideas to remake the bus stop and the park. During the first session, participants worked in groups to come  up with ideas. During the second session, Stimson presented the preliminary schematic design culled from the ideas generated during the first workshop and solicited public comments. The last and final session allowed participants to make comments on the final schematic design.

The participants in these workshops reflected the broader demographics of the Northampton community. According to Lauren Stimson of Stephen Stimson Associates, the participants came from all walks of life, including students and academics from the Five Colleges (Smith College, Amherst College, Hampshire College, Mount Holyoke College, and UMass Amherst), families, local advocacy groups, and town council members. She recalls in particular "a group of Middle Eastern women who came because they wanted safer playgrounds for their kids." The workshops were engaging and participants reported that they felt like they were listened to and had a voice in the design process.

The census tracts within a mile of the bus stop have high rates of public transit ridership; an average 64.45% of people with no vehicles available took public transit to get to work, according to the 2018 American Community Survey. The bus stop itself serves multiple routes that take people to important destinations. Pioneer Valley Transit Authority (PVTA) routes have buses that take Smith College students to the other colleges in the Five Colleges consortium, to the Holyoke Mall (western New England's largest shopping mall), the Northampton VA Medical Center, Holyoke Community College, shopping plazas, as well as important public institutions. The Franklin Regional Transit Authority (FRTA) has one bus route that connects Northampton to JWO Transit Center in downtown Greenfield, a major transit hub that allows passengers to connect to other parts of Massachusetts. It is also just a 2-minute walk away from the city's Peter Pan Bus Terminal, the intercity bus.

While the bus stop is on a major road, it is made accessible via pedestrian crosswalks on both sides of the stop. According to Wayne Feiden of the City of Northampton, about 60-65% of Northampton residents live within a mile of the bus stop. The bus stop and the park behind is fully ADA compliant. There are also ample bike racks as well as a ValleyShare bikeshare station, one of the most used in the entire ValleyShare network.

The City is currently renovating the bike path that connects to the Manhan Rail Trail, a rails-to-trails pedestrian- and bike-only path that runs from Northampton to Easthampton, as it is currently blocked off by a parking lot. In addition, the City is spending another $14 million on improving the surrounding area of Main Street, which includes curb extensions and other pedestrian-friendly infrastructure to make the entire area more walkable.

The City of Northampton collaborated with PVTA to make the bus stop a dignified waiting space that could be enjoyed by all. The City gave PVTA rights to the street in exchange for an enhanced bus shelter as well as real-time information. Now the bus stop has many benches and is well integrated with the park behind it, which also features moving tables and chairs for the comfort of the users.

The landscape architects decided to evoke the historic and post-industrial heritage of Northampton in Pulaski Park by installing industrial rolling carts in the plaza and taking out a historic clock that had been in storage for almost 50 years and placing it in the bus stop plaza. The City took out the vegetation that was blocking it from Main Street while keeping the historic sycamore and chestnut trees in the park.

Opening up visual access has helped the park see more evening use. More people are staying late, with a significant number of women and children staying later. The City has also noticed that people are picking up not only their own but other people's trash, signifying that the park belongs to everyone.

The bus stop is directly in front of Academy of Music, a live music venue, as well as Pulaski Park, which has now become the hub of downtown. Mothers come here with their kids to play on the playground. People come to the area to study, eat, lounge, talk, and enjoy the scenery. The bus stop is also within a five-minute walk of shops, restaurants, a church, learning centers, cafes, restaurants, government offices, as well as Smith College, a private liberal arts college.

The bus stop and Pulaski Park complement one another, and have become the ultimate hang-out spaces in Northampton. This area is a common space for cultural programming. For example, there is a salsa night on Wednesdays; a menorah lighting project on Hanukkah organized by Jewish groups in the area; a celebration in honor of Casimir Pulaski, the park's namesake, organized by Polish American groups; free fitness classes organized by the city's Health Department; and music concerts organized by Northampton Arts Council. Many Academy of Music performers spill out onto the park after their events to do encores and afterparties. Activist groups table in the park during Earth Day, gather for social justice rallies. This cultural programming has allowed the community to come together and has given the bus stop and the park a renewed sense of place and purpose. 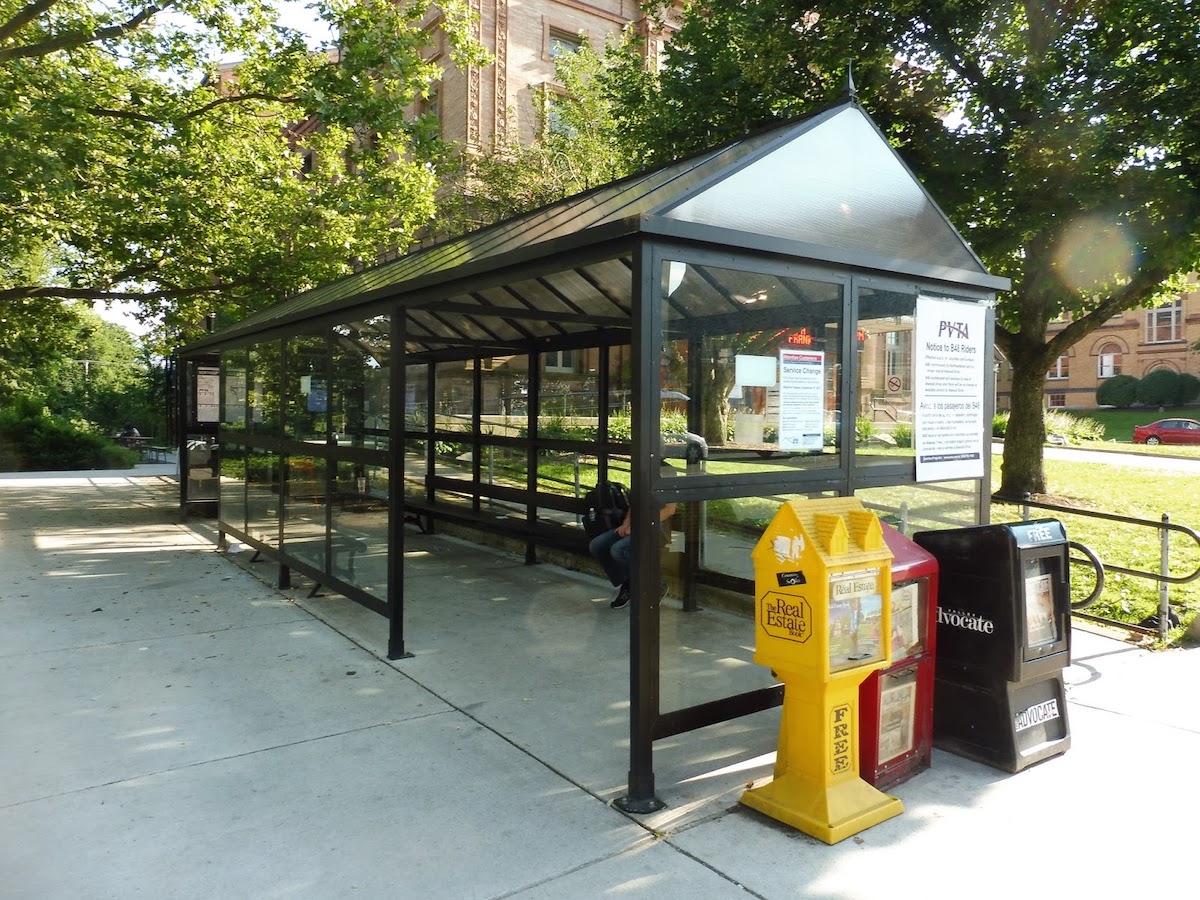 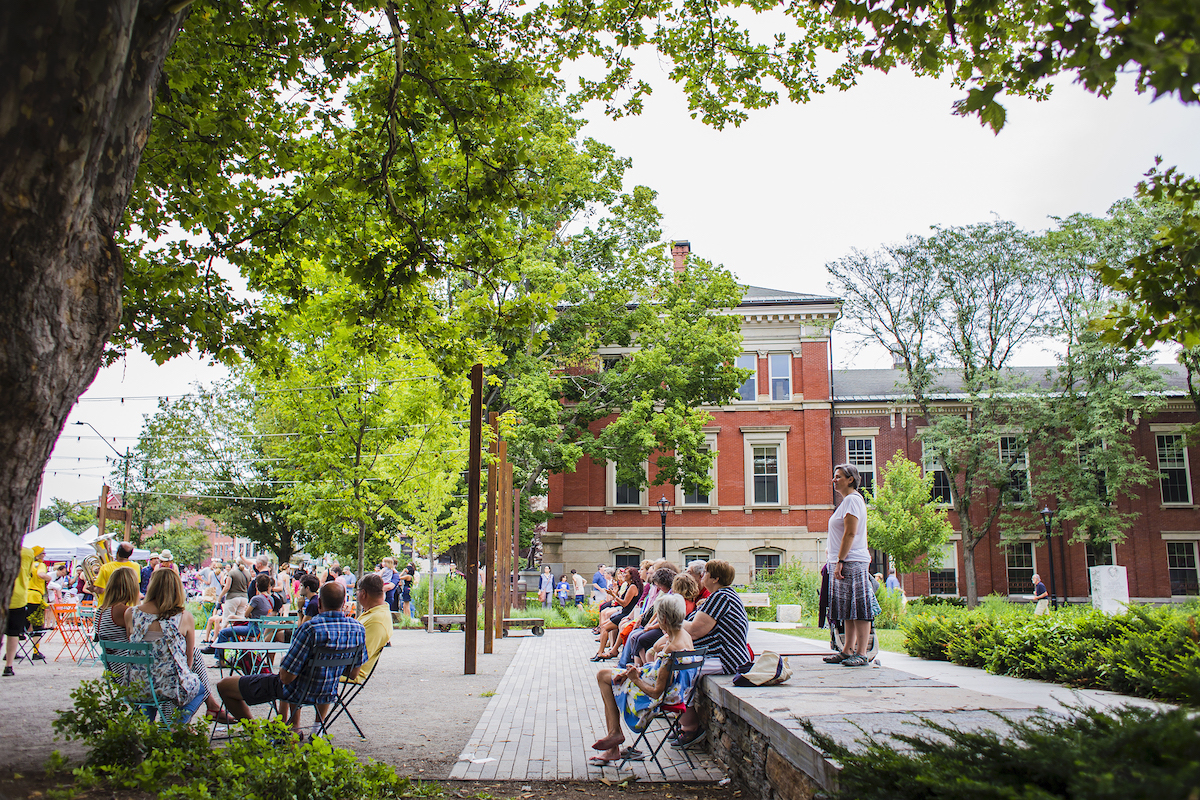 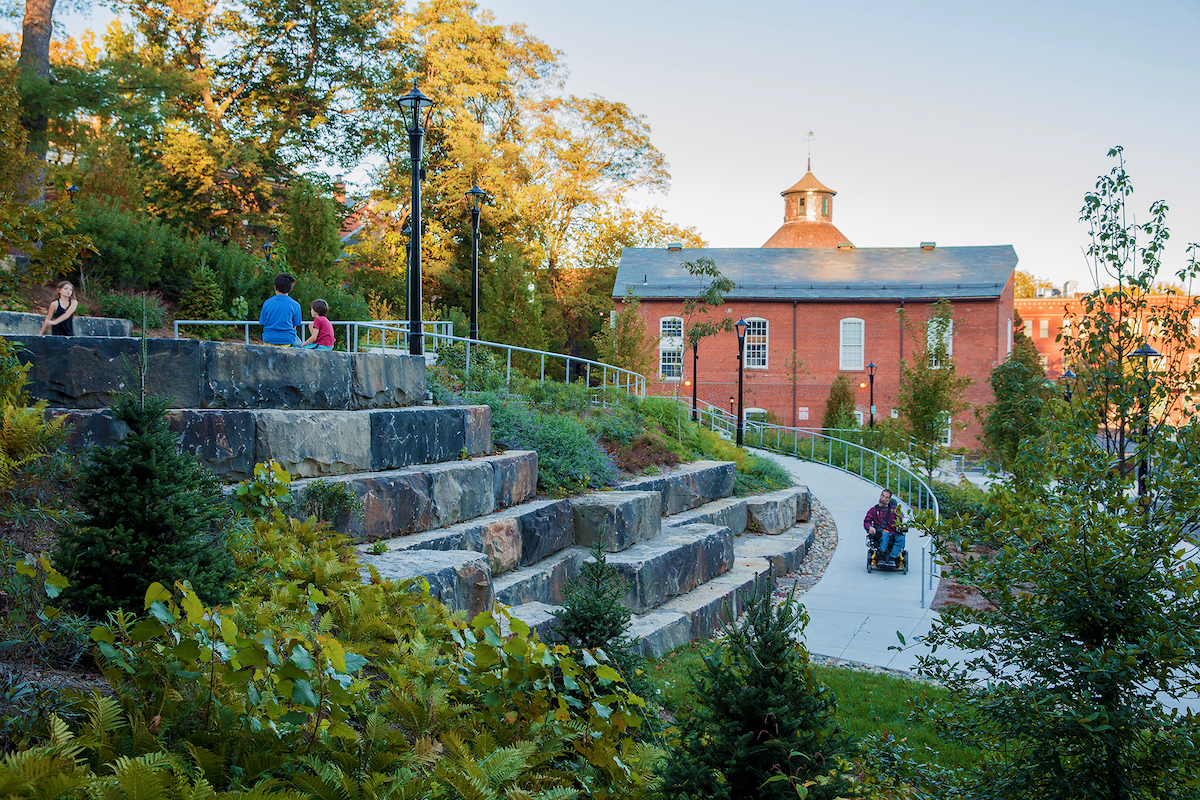