The 10 Greatest US Public Markets That Met the Wrecking Ball

A collection of wonderful historic postcards and photos from the private collection of PPS markets consultant David K. O'Neil. We thank him for allowing us to share them with you here!

It is no secret that market halls, market sheds, and market districts were once more prevalent in American cities than they are today. Hundreds of markets burned down, were demolished, were removed for "higher and better uses" (oh, how we hate that term), or were replaced with empty "market squares". Most towns, large and small, had at least one market that usually served as one of the most important, centrally located institutions in a growing city. Local economies were built around markets, which offered affordable opportunities to people who were looking to start a small business and vital lifelines connecting consumers and producers.

Many of these old markets were also quite beautiful, and we decided to reflect on some of our favorite old markets that are now gone forever...

Built on an earlier market site, this Romanesque style market hall was erected in 1872 and served as the central gathering place for the city until it was demolished in 1954.  The market’s demise was seen as a turning point in the preservation movement. A band of seven women who fought unsuccessfully to ‘save the market’ vowed to never lose another big battle, and they formed the Historic Savannah Foundation, which has gone on to save over 350 buildings in their city.

Also known as the Chippewa Market, it was built in 1856 in the Romanesque revival style and measured 395 feet by 36 feet wide with a 24 foot veranda on each side. Hundreds of vendors sold their wares both indoors and out, anchoring a larger market district of jobbers, suppliers, warehouses and storefronts. Washington Market was the largest retail market in  Buffalo, occupying a 2.5 acre site. The others included the Clinton Street Market, Elk Street Market, and Broadway Market. After the market was demolished in the 1960s, the site was briefly occupied by a smaller market, but is now empty and serves as a parking lot.

This grand market occupied one of the premier locations in Washington, DC, right on the mall! The market was built on a site chosen by George Washington himself.  A market operated here, in various forms, from 1801 until the 57,000-square-foot brick market hall was developed by a group of private citizens. Their architect was Adolph Cluss (who also designed DC’s still-operating Eastern Market) and the original part of the building went up in 1871, with an expansion added in the 1880s. It was also known as the Marsh Market, since the site was totally underwater at one time in the late 19th century. A canal on the mall facilitated the delivery of goods from local and distant farms.

Center Market was destroyed in 1931, and the site is now occupied by the National Archives Building.

A classic market district, Maxwell Street Market was where waves of immigrants went for Sunday bargains, music, and cheap eats. Outdoor vendors would set up on tables, or sometimes just sell things right off the sidewalk itself. The market was home to many famous (and infamous) Americans: Benny Goodman, Muddy Waters, William Paley, and even the notorious killer Jack Ruby. In its heyday, the market ran for nearly a mile. Its slow demise began in the 1950s when the eastern part of the market was cut off for the freeway. The expanding University of Illinois at Chicago dealt the final blow when it demolished the last of the market for athletic fields and parking lots.  The ‘new’ Maxwell Street Market—aka Maxwell Street "lite"—still takes place on Sundays at Canal Street, but has little of the character of the old place.

Built in 1891 by a private investor group, the Sheriff Street Market was Cleveland’s largest market until the West Side Market opened in 1912. The market was being remodeled to incorporate a bus terminal when it caught on fire and was largely destroyed. A small part of the building was left, and operated as a market until it finally closed for good in 1936. The site was released to a group of 170 tenants from the old Central Market (which had also suffered a fire) and continued until 1981 when the number of tenants had dwindled to a few dozen and the site was sold to make way for the Gateway sports and entertainment complex.

First and A Streets

This market was truly more of a dream than a reality. Built at the turn of the last century, the market was intended to give San Diego an amenity enjoyed by other large cities and entice new residents to the growing municipality. The market did not last long, however, and the first floor was soon converted into a boxing arena while the upstairs became a dance hall.  One well-known traveling woman evangelist, Mrs. Aimee McPherson, thought San Diegans were in need of saving and rented the first floor to conduct revival meetings that were very well attended.

Opening to great fanfare on December 14, 1933, the 220,000-square-foot market was billed as the largest in the United States. Controversial from start, the market was seen as being in the wrong location and undercutting the city’s other public markets. With room for over 200 vendors, a 500 seat auditorium, on-site parking, elevators, and modern storage facilities, the market was developed by a group of private businessmen who planned to sell it to the City once it became profitable. Success never came, and the market closed in 1942 and was leased to the US Navy.  Subsequently, it was sold to the Oregon Journal Newspaper, which finally sold it to the City in 1968.  It was demolished in 1969 to make way for the McCall Riverfront Park.

Many early markets in the US were housed on the ground floor of town halls, following an ancient tradition that came to these shores from Europe. The old City Hall in Kansas City is a dramatic example of this co-location of politics and commerce.   After the Depression, the complex was demolished and City Hall moved into ‘downtown’ while the market was rebuilt in the same location with assistance from the WPA. It continues to operate there today, and is once again experiencing record sales and crowds. The current market’s wish list includes seeing the trolley—which can be seen above—returned to service.

San Antonio’s market history goes back nearly three centuries, intertwined with the traditions of Spanish, Mexican, and American settlers. The historic market plaza was given to the people through a land grant by the King of Spain in the 18th century. This elegant market house, designed by English-born architect-turned-rancher Alfred Giles, was erected in the plaza in 1900. Incorporating fanciful ironwork, cupolas, and verandas, the second story had a large auditorium used for concerts and (again!) boxing, all overlooking a landscaped park with a fountain. This was a far cry from the rough and tumble days of rowdy saloons, donkey carts, covered wagons, chili stands, and a hanging tree where horse thieves were strung up in the open plaza. This lovely old market house was torn down in 1938. A Mercado is operating on the site today.

North of Flushing Avenue, between Washington Ave and Ryerson Street

Built in 1894, the Wallabout Market was a spacious and more convenient location for Long Island farmers who preferred not to travel all the way to the Gansevoort or Harlem Markets in Manhattan. Designed in the Flemish Revival style by architect William Tubby, the Wallabout Market was a series of gabled buildings with a large open area for farmers to sell from their wagons. As urban development accelerated in the early 20th century, the number of farms in King County (Brooklyn) plunged from a high of 10,000 in 1890 to less than 200 by 1944. The market’s demise was made final when the Navy Yard took over the market property in 1941. 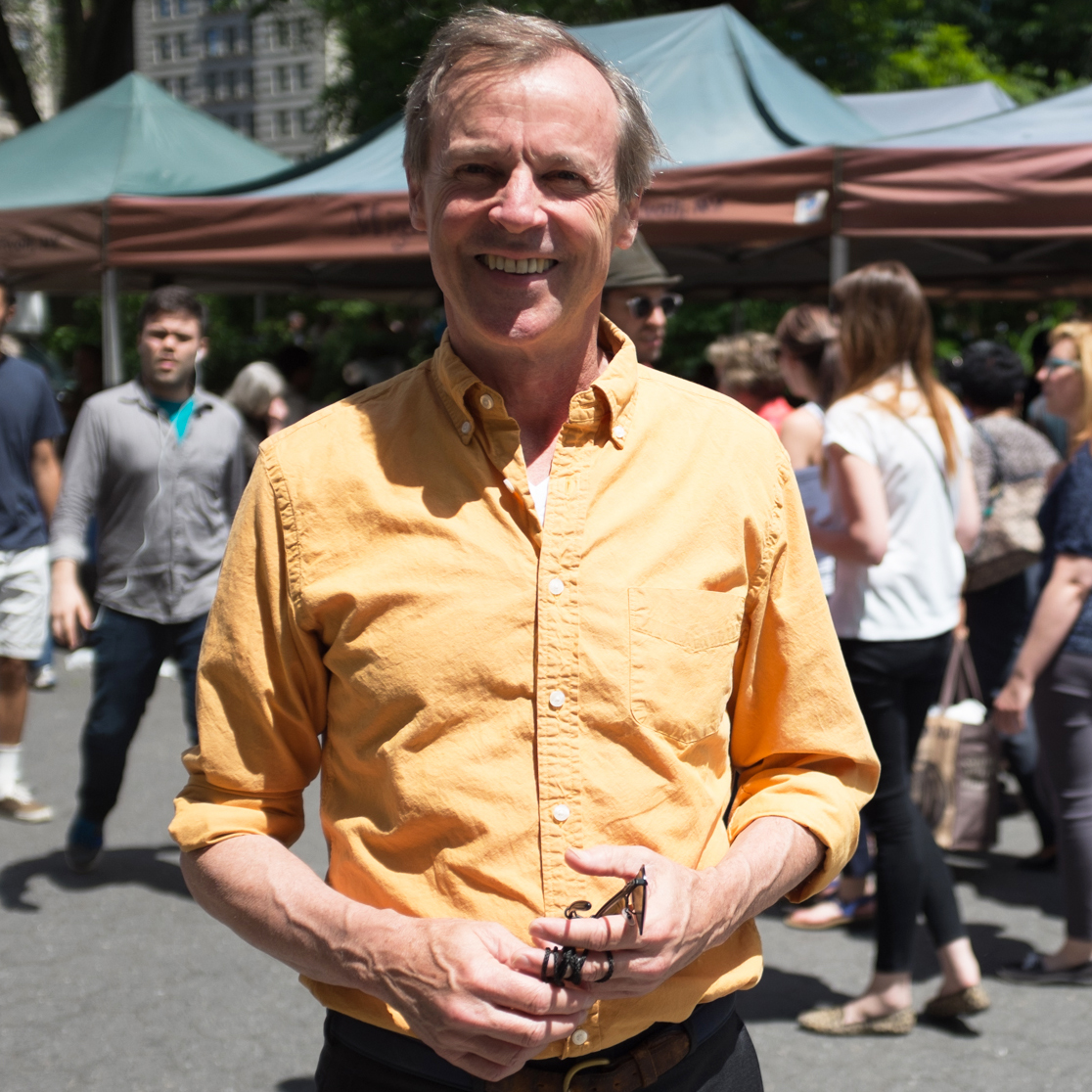 Healthy Hubs: How Markets Create a New Sense of Community