Cancel
Thank you! Your submission has been received!
Oops! Something went wrong while submitting the form.
Dancing in Congress Square. Photo Credit: Corey Templeton
Back to Projects
Back to Grants

“We saw the potential of Congress Square Park but knew we had to work quickly if we were going to save it.”

Congress Square Park is a central part of Portland's arts district and was successfully programmed by local nonprofits in the 1980s and 90s. But in the early 2000s, this ended, as did much of the activity that made the space exciting to visitors. As a result, the City of Portland became interested in selling the site for development. When word of this plan got out, groups like the Friends of Congress Square Park sprung up to help the park live up to its potential. The grassroots group invited Project for Public Spaces to Portland to meet with city leaders and community members about the park's future. Project for Public Spaces convinced locals to try "proactive placemaking," to demonstrate the park's value and potential through "lighter, quicker, cheaper" programming like movies and food trucks.

In 2015, Project for Public Spaces helped expand this transformation and create a place vision for the park, with technical services and implementation made possible by support from the Southwest Airlines Heart of the Community program. Building on community outreach done by the City, Project for Public Spaces supplied a range of new ideas for programming, like Tai Chi and swing dancing, along with free Wi-Fi and outdoor furniture created by local designers. These changes paved the way for the park to be preserved and used daily once more, rekindling a sense of place in Congress Square Park. 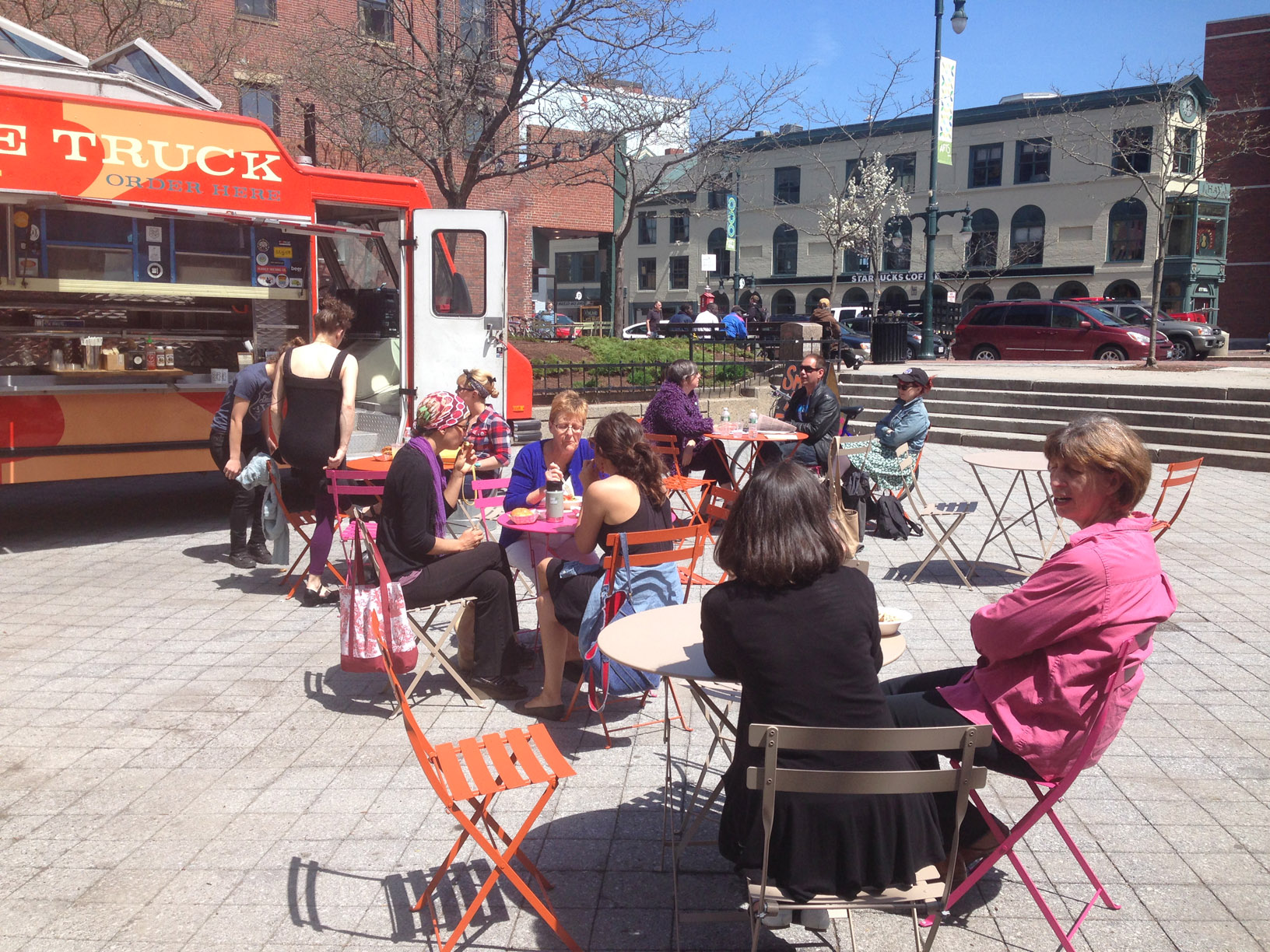 September 30, 2014
The Story of Congress Square Park: How A Derelict Plaza Got a New Identity Downtown