Smart Cities are changing their game by focusing on actions they can take now to improve livability.

We believe we’re in the middle of an unprecedented moment in planning. For 35 years, PPS has worked successfully cities, with nonprofits, with academic institutions, and with developers to create enduring places. But only recently is the tide turning so that many cities are ripe for all of these partners to work together in coalitions that look for the game-changing opportunities to improve their cities and towns and make them happen.

Buffalo opens the gates to community energy and ideas: We recently helped launch an effort in Buffalo that involves hundreds of local residents whose passion for reclaiming their vacant waterfront has galvanized into action committees who are helping steer local and state authorities in how to invest and rebuild these key assets, which could have a defining impact on the city’s future viability.  This has unlocked 30 years of latent community energy and shows the power of matching the resources of government with the passion, ideas, and entrepreneurial spirit of the people.

Suburban city retrofits downtown through placemaking and programming: Mississauga, Ontario, a suburban city of 700,000, hired PPS to lead a process which launched a new government department focused on Building a City for the 21st Century. When the Placemaking process began, no capital moneys were budgeted for the city’s unremarkable civic centre, yet the far-reaching buy-in resulted in $100 million stimulus dollars in 2010, which was matched by the council in 2011. See Mississauga reborn: How a revitalized downtown may elevate an overlooked city.

Chicago launches broad Placemaking campaign with neighborhood groups: Last year we help launch “Placemaking for Chicago” with the Metropolitan Planning Council. What started as a collaboration around transportation evolved into a broader campaign around Placemaking. The opening statement on their website is: “’Placemaking’ is an overarching idea and hands-on tool for improving a neighborhood, city, or region. It has the potential to be one of the most transformative ideas of this century.”

Building on your assets, welcoming partners and entrepreneurs, and starting with experiments

What these cities have in common is agreement on what places are important and a commitment to a broad process to invite partners to collaborate on creative strategies that:

Making our centers more livable is a strategy for sustainability

Suddenly there is a convergence of opportunities: by making our communities more livable, and more about places, we also are doing the right thing for our local economies and for the planet. Changing the way we live—for the better, in our opinion—will be one of the major strategies to address major issues.

Who are the leaders?

We have identified a dozen or so cities, where we see the potential for leadership for both local and national-level change. Emerging PPS work leads us to believe that there are a dozen more communities that can be added into what are becoming the new national models for improving their livability and sustainability.

What are the tools?

What follows is a list of the critical tools we use with any city that is ready to move to the next step. We welcome the opportunity to convene local leaders to develop a city wide agenda around Placemaking. We will then unfold that conversation to neighborhood leaders and develop advocates who become partners in demonstration projects that create dynamic, active places on the ground in the short and long term.

There are many simple steps you can take toward place-led development in your community:

Want to learn more about Placemaking? Continue with these articles... 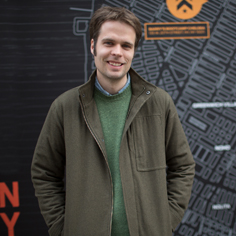