"What we don't have in conventional wealth, we have in wealth of place." -Rosina Philippe, Grand Bayou Village

In anticipation of the Tribe’s imminent resettlement from their ancestral land along the coast of Louisiana, in January 2017 the Isle de Jean Charles Band of Biloxi-Chitimacha-Choctaw Tribe (IdJC Tribe) gathered for a pivotal community workshop, with support from the Citizen’s Institute on Rural DesignTM (CIRD). Given the devastating effects of manmade and natural disasters on the Isle de Jean Charles, tribal leaders had considered the possibility of relocation for several years. The flooding of historic marshlands on this narrow spit of land facing the Gulf of Mexico can no longer be mitigated by levees, and the shrinking island can no longer support the Tribe as it once did when Cypress trees grew tall.

It is tragically clear how land-use decisions combined with climate-induced displacement have threatened the Tribe’s unity, sovereignty, and ability to maintain traditional practice and cultural assets. Over the course of time, the flooding and erosion have led Tribal members to abandon their homes and tribal territory in search of higher and drier refuge. Although some have remained on the island, a significant number have already relocated further inland. Tribal leaders recognize that this outmigration has fractured the Tribe’s social life, and they are determined to reestablish cohesion and maintain a strong sense of connection to place among the members of this timeless community -- values that have historically been at the heart of the Tribe’s lifeways. The resettlement, while devastating, is an opportunity for the Tribe to become empowered once more, and to rebuild a shared life as a whole community.

In 2016—several years after the Tribe expressed their commitment to pursue a new location, and after many attempts to secure funding for the relocation effort—the Tribe was awarded a $48 million grant through the National Disaster Resilience Competition, in collaboration with the Louisiana Office of Community Development (OCD). However, this grant constitutes only half of the necessary funds to fully realize the Tribe’s vision of its new homeland. Furthermore, the Tribe’s traditional approach to land settlement drastically diverges from contemporary approaches to land development and planning.

To address these challenges, the two-day workshop brought together an unprecedented group of Tribal members, a large and diverse resource team, and state, federal, and local government representatives, who were instrumental in developing a sensitive yet practical approach to the resettlement. The group outlined phasing, feasibility, design parameters, and opportunities for leveraging and maximizing existing human, financial, cultural, and technical resources. The discussions and newly forged relationships helped to build a bridge between the aspirations of a long neglected but determined community and the unfamiliar governmental systems through which the Tribe must navigate.

While the road ahead is still long and uncertain, the Tribe has crossed a critical point in building a relationship with their new home by firmly establishing a community-driven, place-oriented approach to planning and design vis-à-vis State representatives. Four core principles and associated practices were deliberated in order to guide this process: Exploration, incrementalism, flexibility, and climate-responsible and community-oriented design.

The Tribal approach to land settlement is significantly different from contemporary mainstream approaches to land use planning. Before any decisions can be made, it is crucial for the Tribe to explore and study their new land in order to understand the ways in which they can interact with it. The Tribe was actively involved in the land selection process, and had the opportunity to spend time on the land and engage with it through traditional practices. This process has positioned the Tribe as the real client, the beneficiary, the owner and caretaker of the land; members of the Tribe alone truly understand their needs, the needs of the land, and how they regeneratively support and nurture one another.

Due to limited resources, the design and planning process must also allow for incremental development of the new site. This way, immediate needs will be met with currently available funds, while future resources will be used to enable long-term implementation. The federal funds are designated mainly for the costs of relocation itself and general site planning, so the Tribe is working to leverage the process in order to identify additional funding. With guidance from a number of the CIRD resource team members, the Tribe has already secured a grant from the National Academy of Sciences to design an interactive science center, which will serve a number of the Tribe’s cultural practices, including a seed bank for traditional medicinal plants. The general site plan will incorporate and complement this crucial element of the Tribe’s communal spaces.

Flexibility of use compliments incrementality. Because not all structures or facilities can be built immediately, each space will need be utilized for a variety of community activities. This approach will also ensure that there will be opportunity for interaction and shared experience throughout the new site, which supports the goal of regenerating a robust community life. Through sensitive design, the new settlement will be developed in synergy with the environment, while incorporating traditional Tribal symbols into the architectural plan.

In a traditional Tribal settlement process, these four principles—especially that of exploration—would be represented without question. The unique element here is that the Tribe established clear criteria, based on traditional values, which were then incorporated into the Request for Proposals (RFP) disseminated by the State of Louisiana for the design and planning of the new site. The RFP reflected traditional Tribal values of place and approach to land settlement, including the opportunity for the Tribe to experience the site before solidifying design or planning approaches. The design team will be selected in part based on its capacity to be flexible and in continuous collaboration and contact with Tribal representatives, in order to adapt the design as the Tribe increasingly discovers the characteristics of their new home. Furthermore, the selected team will include a Native American specialist. The review panel for the selection of the winning proposal included tribal representatives, and the incorporation of traditional Tribal knowledge and real community involvement into the State-facilitated planning and design process is crucial in supporting the Tribe’s self-reliance, in respecting their knowledge of their own needs, and in establishing their ownership of their own resources.

The relationships forged through the workshop have been immensely beneficial to all parties. CIRD staff and Resource Team Members demonstrated their capacity to translate Tribal values and traditions into practice, in contrast to the conventional role that many planners assume as gatekeepers of formal, conventional planning processes. The convening of federal partners together with Tribal members was instrumental in finding a common ground, and offers many lessons for communities across the United States and worldwide who struggle with clashing cultural approaches to planning issues. In particular, State representative Matthew Sanders, from the Louisiana Office of Community Development, noted that the process developed with the IdJC Tribe will act as a replicable pilot, to be adopted by other communities who face similar circumstances and are striving for recovery and resilience in the face of natural disasters. Reciprocally, the Tribe shared its vast knowledge with outside partners about the meaning of place, the value of holism, and the importance of respect for the natural environment. 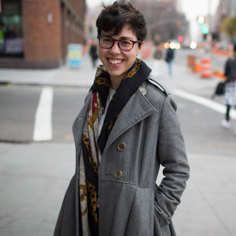 Urbanism Scales Down for Small Towns